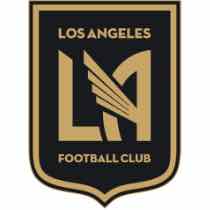 Welcome to the Lost Angeles FC soccer shirts and jerseys shop here at Soccer Box. Below you can browse through our range of LAFC sportswear which has been supplied direct to us by Adidas. That way we are able to validate the authenticity of all of our stock. Our selection of jerseys are available in an array of adults sizes from small to xx-large, so take a look now while supplies last! At the checkout you can also find our array of international delivery methods that operate at great speeds to get your parcel to your doorstep rapidly. Therefore, fans worldwide can don the LAFC soccer gear with honour.

Established in 2014, the Los Angeles Football Club is one of the youngest soccer teams within the MLS. The American soccer league was awarded a new expansion team for LA after the departure of Chivas USA that same year. However it wasn’t until 2015 that the new team would be called Los Angeles FC and in 2017 they started to sign players and coaches such as Bob Bradley.

Shortly after this they played their first Major League Soccer match at the beginning of 2018 where they won 1-0 against Seattle Sounders FC with Diego Rossi scoring the winning goal in the 11th minute assisted by Carlos Vela. The team’s first major loss came only a few weeks after this where they lost to LA Galaxy 4-3. Throughout the majority of the match they were leading 3-0 until the opposition managed to pull it out of the bag to secure the win which left the team and fans devastated and are one of the few clubs to actually go through his situation in the MLS matches.

When they announced the launch of the LAFC team in 2015 they chose to construct their home ground on the Los Angeles Memorial Sports Arena site. Their plan was to create a 22,000 seater stadium for an estimated $250m. However, according to the environmental impact report, it was to take them three years to complete the construction which meant that the team could not actually play any matches there or in the MLS until 2018 as they had no home grounds. Currently within these grounds they are heavily decorated in LAFC jerseys, so why not pledge allegiance to your favourite squad by purchasing a replica shirt today?

A unique fact about matches which take place at the Ban of California is that before every game they have introduced a Falcon program. For this, there is a falcon released to fly around the stadium before games, and these falcons are released by an honorary falconer which is usually a celebrity or community figure. The first falconer at the stadium was co-owner and actor – Will Ferrell. Inspired by the heritage of their city, each bird is named after a famous street in LA:

These falcons not only are used as a pre-match ritual, but they are also used for school visits to teach children about the birds and how important they are to their environment.

Prior to the launch of the squad, the look of the jerseys and crests were designed in 2016. The signature colour scheme chosen for the club’s home look were black and gold jerseys with red and grey accents. This colour palette for the home shirt was picked as it perfectly matches the club’s emblem which is gold font on a black background.

However, the away clothing still kept to a classic and sleek colour scheme by opting for monochrome or various tones such as grey, white and black. You can also see on the secondary shirt that the crest has been adapted too to match the colour palette, this crest is grey and white compared to the black and gold seen on the primary kit.

The crest itself was produced by Matthew Wolff who chose to incorporate an art-deco inspired appearance. The black shield features an LA monogram in the centre but for a unique flare, the A contains a winged effect. And the words Los Angeles Football Club are seen to the top and bottom of this detail. Also at the beginning of 2018 LAFC received a sponsorship deal with YouTube TV which was to be seen across the chest of the jerseys, plus they were also given the rights to broadcast local matches.

Why Order the LAFC Jersey?

With a very low amount of experience under their belt, the LAFC squad made quite an impact during the 2018 MLS games. They advanced to the knockout stages where they fought valiantly but lost 2-3 to Real Salt Lake which meant that they could not progress on to fight for a place in the CONCACAF or MLS Cup.

However, when reviewing the table for their first ever season in the Major League Soccer; we can see that they overtook their local rivals LA Galaxy exponentially. At the end of the tournament LAFC was in 5th place and LA Galaxy in 13th with 11 points separating them.

All of our sports clothing stocked here at Soccer Box are delivered direct to our warehouse from the distribution centre of the respective manufacturer – in this case Adidas. Therefore, as we hold a direct contract with Adidas we are able to supply our customers with authentic replica kits as we are official licensed stockists. You can then feel assured that you are buying the real deal when shopping with us today.

We also stock other MLS soccer team’s apparel along with the USA international jerseys, so be sure to browse through our range of authentic stock before you head over to the checkout as you don’t want to miss out on our fabulous deals!

We offer an outstanding selection of worldwide shipping methods to ensure that LAFC fans can receive their new soccer jersey in an instant when choosing our express options. You can also sign up to our newsletter completely free and receive VIP access to sales, unique coupon codes and shirt launch alerts direct to your inbox.