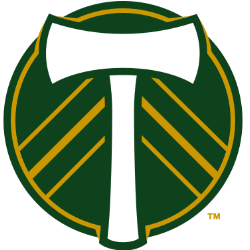 If you are looking for the latest Portland Timbers jersey, then you are in the right place. Here at Soccer Box we stock the official Adidas Portland Timbers shirt in adult sizes S-XXL. As a popular MLS club, the football shirts for Portland Timbers are selling fast, so don't delay and order yours today. Show your support for The Timbers at their next game with the new shirt. Shipping across the globe, Portland Timbers supporters worldwide can pledge allegiance to their number on MLS soccer team by shopping our range of jerseys below.

Style and Evolution of the Portland Timbers Shirts

Established in 2009, the club began signing coaches and players in 2010 but did not begin playing any official matches until 2011. Their first kit was manufactured by Adidas with the Alaskan Airlines sponsor across the front. Adidas has remained the club’s manufacturer since then, making their contract a long-term deal between the Portland Timbers and Adidas.

In preparation for the 2011/12 MLS season, the Portland Timbers home and away colour schemes were unveiled. For their home kit they were to wear green, white and yellow and for the away it was a red and white colouring which was chosen. It wasn’t until the 2012/13 season that they introduced a third kit to their collection. To begin with this strip was white with green accents which then evolved to a dark green kit with yellow details which was similar to the colouring of their home kit. Their most recent third kit was released in 2018 in partnership with Parley which saw a stylish monochrome design.

For the club’s emblem this was based on the former USL Timbers early 2000’s design. The main feature of the crest which takes its inspiration from the USL design is the circular shaping that is believed to represent unity, wholeness and the pursuit of perfection. A new addition to this crest was the axe which is placed in the centre of the circle which pays homage to the Pacific Northwest’s logging industry. And to adapt on this, the chevrons behind the axe represent pine trees that also have a meaning too. These three lines represent the separate leagues of the Timbers which is the North American Soccer League, the United Soccer League and the Major Soccer League. And finally, the colours of the kit and crest is green to represent the vast forests of Oregon.

Through their few years in the topflight Major League Soccer, the Timbers have acquired one major win where they achieved first place in the 2015 MLS games and came runner up in the 2018 tournament.

Our entire stock of the Portland Timbers soccer jerseys has been delivered direct to our warehouse from Adidas. As a result of this we can verify that all of our products are 100% authentic to keep your mind at ease. Place your order for one of these stunning jerseys now and you could be wearing it in no time by opting for our speedy international shipping methods at the checkout.