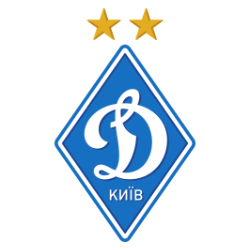 Here in our Dynamo Kyiv shop you can order the latest New Balance shirt in adult sizes. We are supplied directly by New Balance and only stock the official Dynamo Kyiv shirt. As a popular Ukranian football team the Dynamo Kyiv jersey is in high demand, and stock is limited, so avoid disappointment and place your order today.

Established in 1927, Dynamo Kyiv has had the opportunity to partner with a vast range of sportswear manufacturers over the years. Below we have broken down the manufacturers into a handy date by date list. As we can see, Adidas is the most popular contract which was held by Dynamo Kyiv as they signed two agreements. Their first partnership was for 14 years and the second was for 22 years so in total they spent 36 long years together. In between these two contracts, Dynamo Kyiv had worked with a few manufacturers called Duarig, Admiral and Umbro, but these contracts only lasted a couple of seasons before moving back to Adidas.

Throughout the years the Dynamo Kyiv kit has kept to the same colour scheme, which was navy, and white with a few additions here and there. Their first kit which was released pre-war was in 1927 where they wore plain white jerseys with navy socks and shorts. This then evolved to a navy and white striped jersey in the 30s and 40s until they returned to a plain white jersey in the soviet post war period of the late 1940s. Since then they have switched from having a plain jersey to having the odd detailing on the front, but the home jerseys have all stuck to the same blue and white colouring.

Originally the Dynamo Kyiv crest which was worn on the chest of the players was a cursive blue Cyrillic letter "Д" (D) within the emblem as it matched the rest of the soviet styled crests for the likes of Moscow, Tbilsi, Minsk etc. Once they obtained franchise rights for the club, the crest was adapted to modernise the appearance of the D the diamond outline. 2003 saw the addition of a golden star above the crest after their 10th domestic trophy wins and a second was added in 2007 during the team’s 80th anniversary.

Why You Should Order a Dynamo Kyiv Football Shirt

Pledge allegiance to your favourite Ukrainian soccer team this season by donning the replica jersey to the players. Displayed across the home stands at NSC Olimpiyskiy, you can showcase your support for Dynamo Kyiv by donning the signature white home jersey of the club.

Since their establishment in 1927, Dynamo Kyiv has racked up a number of trophies under their belts. Their first major win was the Football Championship of the Ukrainian SSR and their lasts trophy was acquired in the Ukrainian Super Cup in 2019. In total they have achieved an estimated 80 trophies across Domestic, International and Friendly competitions. Below we have broken down the achievements of Dynamo Kyiv starting with their most successful soccer league which is the Ukrainian Premier League which they have won consistently.

Display your support for Dynamo Kyiv by ordering their official football shirt from us here at Soccer Box. Our stock of these Dynamo Kyiv jerseys are delivered direct to us from New Balance to confirm their authenticity. As a result of this you can shop confidently with us, knowing that you are purchasing the genuine shirt for your number one squad. You can choose from our vast range of international speedy shipping methods at the checkout!