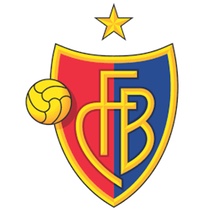 Welcome to the FC Basel Football Shirts page at Soccer Box. FC Basel is a Swiss club; they are one of the oldest ever clubs and were officially established in the 19th century. FC Basel plays in the Swiss Super League and is one of the most successful teams in the country. Display your support for your number one team by purchasing any of the jerseys we stock here and feel like one of the players.

Take a look through our official FC Basel jerseys below. Stocked in a variety of sizes, there is something for every fan here in our store. Make your loved ones day today and purchase a new Basel item of authentic replica clothing for them – the perfect gift for any devoted supporter.

1
per page
Set Descending Direction
35%
OFF

Established in 1893, this Swiss soccer team is 123 years old. They have always had strong following of local supporters, however due to their European exposure, their fans have increased greatly and are located all across the globe.
In Switzerland FC Basel has the highest average attendance of any other club. They play their home games at St Jakob-Park; this stadium has a capacity for 38,512 fans. A loyal local following ensures that the stadium is full to capacity at nearly every game. The stands are packed with cheering supporters kitted out in the latest FC Basel home shirt.

FCB is one of the most successful Swiss teams out there, and to reiterate this, they have achieved a large quantity of trophies. Most impressive, being 20 awards accumulated in the Swiss Super League. Their latest achievement however, being in both the Swiss Cup as well as the SSL.
• Swiss Super League Winners – 20 trophies
• Swiss Cup Winners – 12 trophies
• Coppa delle Alpi Winners – 1969, 1970, 1981
• Swiss League Cup Winners - 1972

In 2012 FC Basel signed a new contract with past manufacturers, Adidas. Overall they have been a partnership for around 23 years. It has not been disclosed to the public how much this new agreement has cost. However, the contract was for five years manufacturing the FC Basel jerseys and other sportswear ranges.

This Swiss football team has worked with a number of sports clothing brands throughout the years. However, their most common sponsorship has been with Adidas. They have also collaborated with the likes of Nike for their ranges. Below you can see a list of manufacturers who have designed the core clothing for FC Basel, in date order.
• Adidas – 1979 to 1997
• Nike – 1997 to 2012
• Adidas – 2012 to present

When ordering from Soccer Box you are insured to receive a 100% authentic sportswear item for your cherished team from Switzerland. To ensure that this is the case, our stock has been delivered straight to us from the official manufacturer. As our stock is the real deal, make sure you secure yourself a bargain when we reduce previous season’s products.
Certain to be a best seller, the FC Basel home football shirt will sell out fast. Therefore you should fill you cart with amazing value clothing and checkout using our online secure payment portal. However, we are also available via telephone if you have any queries or wish to place your order.
FILTER
Shopping Options
Category
Price
Size
Compare Products
Compare
Clear All
You have no items to compare.