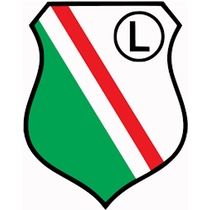 Welcome to the Legia Warsaw football shirts store at Soccer Box, your number one online store for all things Legia Warsaw. All of our soccer merchandise is 100% official and is available to order with fast worldwide shipping options. If you live outside the EU then you can also benefit from tax free. Legia Warsaw are one of the most successful and widely supported clubs in Poland so why not check out our fantastic range of official merchandise below and show your support for the team.

1
per page
Set Descending Direction
36%
OFF

The brand new Legia Warsaw home jersey 2016-17 is manufactured by Adidas and is a stylish design in the club’s historic white home color and features a black sash. The addition of gold detailing adds an air of luxury to the jersey and allows you to show your support in style. The 2015 – 2016 away jersey celebrates the club’s military history and is finished in military green, again with a black sash and gold detailing. Soccer Box is the best place to shop online for official merchandise and our range or products are suitable for men, women, boys and girls with kids, youth and adult sizes in stock.

Legia Warsaw are officially the fourth most successful club in Poland having won the Polish Ekstraklasa an amazing 10 times in their long history. This is proudly displayed on the front of the home and away football shirts with a single gold star above the club crest representing the 10 titles. Incredibly the club have also finished as runners-up 12 times and have finished third 13 times. Legia Warsaw also hold their countries record for Polish Cup victories boasting 17 trophies including last seasons cup. They also hold 4 Polish Supercup titles and have recently featured in the round of 32 in the UEFA Europa League.

Why not show your support for the team and get behind them for the upcoming season by purchasing an official Legia Warsaw shirt from Soccer Box now. The club stand a great chance of becoming Polish champions an eleventh time and are again involved in the UEFA Europa League sharing a group with various tough teams who are new to the tournament. So, why not add the Legia Warsaw home and away jerseys to your football shirts collection and enjoy easy, hassle-free shopping at the Soccer Box online store.

Here at Soccer Box we pride ourselves on outstanding customer service along with the world's best selection of official football merchandise including shirts, jerseys, training kits and accessories. The Legia Warsaw football shirts are just one small section of our extensive store so why not check out our other team collections now and pick up a bargain on the football shirts of your favorite team or something more rare and unusual. Our European teams store includes football shirts and kits for some of Europe’s top clubs along with some of the more unusual options, explore our categories.