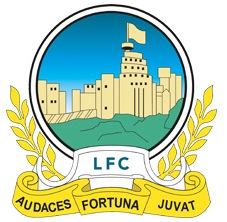 Linfield FC is a semi-professional Irish football club, based in Belfast. Here at Soccer Box we have added Linfield Football Shirts to our online collection, available for you to purchase today. We provide a fast reliable international shipping service to allow avid fans from anywhere in the world to own the new Linfield shirt

Otherwise known as The Blues this team was originally founded in 1886 and moved to their current home of Windsor Park in 1905. The semi-pro club even holds a world record along with their several domestic records, to date the club holds 52 league championship titles behind the record of the Scottish team Rangers with 54. Linfield FC’s world record consists of 24 domestic trebles and has once won all four domestic trophies available in modern era. With an outstanding tally of records and a huge following Linfield’s new soccer jerseys are a must have for avid supporters; browse this category to find your desired football shirt.

The iconic colors red, blue and white are of course adorned on Linfield’s soccer jerseys take a look at their iconic shirts here! Here at Soccer Box we only provide goods that are supplied direct from the manufacturers, meaning this latest Linfield FC shirt is direct from Umbro’s European distribution center guaranteeing our worldwide customers with 100% authenticity and high quality!

Linfield’s kits have varied in designs over the years but still maintain the traditional blue, red and white club colors. Modern day football shirts consist of performance boosting elements to assist the wearer whether they are on the pitch or in the stands by keeping them cool, dry and comfortable as they wear their beloved teams crest upon their chest with pride.

David Healy was appointed manager in 2015, and has led his club to many more domestic honors including the Irish League Championship, Irish Cup, Charity Shield and County Antrim Shield. Adding to their tally of victories Linfield FC has more than twice as many titles as any other Northern Irish club, never suffering relegation the club has competed in every top division season.

As an official licensed supplier you should look no further than Soccer Box for all the must have football shirts, we also proudly supply, kits and training wear all of which are 100% official merchandise. Our replica goods are ready to be dispatched for fast global delivery direct to your door.

Already working towards their 53rd Irish Championship League title you should waste no time in purchasing your latest Linfield FC soccer jersey, supplied direct from Umbro in an extensive range of sizes for you to purchase today!