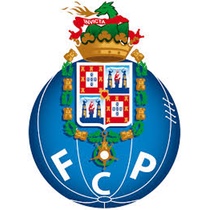 Official Porto shirts and jerseys in stock and available to order with express and international shipping options!

Porto football club was established in 1893, they are one of the most successful teams in Portuguese football and recognized worldwide as a major contender for domestic and European trophies. The Porto jersey is an icon of success both in Portugal and beyond, the team’s shirts sell fast, order your shirt now and join the fun.

New Balance is the manufacturer of the Porto shirt and jerseys. Nike has been teamed with Porto for several seasons and the shirts are proving popular with the club and fans alike. The home, away and third Porto kit are available at Soccer Box. The Porto home kits are the most popular choice with fans. The home shirt colors remain the same each season and are truly representative of the club.

With Nike in charge of design the away shirt colors are more fluid and changeable. Whether you prefer the home or away Porto football shirts you are shopping in the right place. Why not treat yourself and order all 3 Porto jerseys!

Porto has won more trophies than any other Portuguese football club giving the fans much to celebrate over the years. In the Primeira Liga Porto has celebrated winning the title 27 times, they have also won the Portuguese Cup 16 times, and the Portuguese Supercup 20 times.

The Porto jersey and football shirts have also made frequent and successful appearances on the European stage. The most prestigious competition the UEFA Champions League has been lifted by Porto twice in 1987 and 2004. Their success in Europe has ensured that demand for the Porto football jersey has spread beyond the borders of Portugal. Wherever you live you can get a Porto shirt delivered to your door from Soccer Box!

International football is becoming widely watched. Games from leagues across the globe are screened via satellite television. New media and technology is spurring an increasing support for leagues other than those at home. You don’t need to be Portuguese to watch Porto or wear their football shirts. Likewise, wherever you live you may have a favorite team in each of the popular football leagues.

At Soccer Box we strive to offer you the widest selection of football strips and jerseys possible. Why not consider ordering a Porto away football shirt as well as supporting Porto your favorite Portuguese team. Start off by viewing the Portuguese Primeira Liga to find desired teams.

Order official Porto football shirts and cheer on your team during every game! Shop Here!