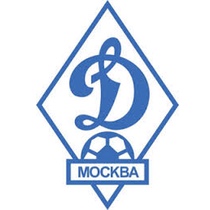 Welcome to the Dynamo Moscow football shirts store at Soccer Box, the best place to shop online for official Dynamo Moscow jerseys. All of our products are 100% official and are available at great prices with several fast shipping options on offer for hundreds of destinations worldwide. Dynamo Moscow are one of the most successful and widely supported clubs in Russia so why not check out our fantastic range of products below and show your support for the team.

1
per page
Set Descending Direction
34%
OFF

Dynamo Moscow are famous in Russia for being one of the countries oldest football clubs and also boast an astounding record of having never been relegated from the country’s top division. The clubs honors are also some of the best in Russia however Dynamo are still behind three of their Moscow-based neighbors; Spartak, CSKA and Lokomotiv.

The brand new Dynamo Moscow away jersey 2016 - 2017 is manufactured by Nike and is a stylish design featuring a classic royal blue body with white detailing which is in keeping with the colors of the club crest. The Dynamo Moscow away jersey 2015 – 2016 is the reverse of this and is finished in crisp white with blue detailing. The subtle style and quality of both jerseys allows you to show your support for the team in any situation, whether you're at home or the match. Soccer Box is the best online store for official soccer merchandise and our range or products are suitable for men, women, boys and girls with kids, youth and adult sizes in stock.

Dynamo Moscow are one of the most successful clubs in Russia having won the Russian Premier League 11 times in their long history, they have also been runners-up on 11 occasions. This is proudly displayed on the front of the shirt with two gold stars above the club crest, one being awarded for every 5 league titles. So, if Dynamo are victorious in the 2015 – 2016 season then their 12th title will put them one step closer to a third star needing three more.

Unfortunately however, Dynamo Moscow haven’t had a title-winning campaign in the last thirty-nine years with their 1976 title being the last. Why not show your support for the team and get behind them for the upcoming season by purchasing an official Dynamo Moscow shirt from Soccer Box now. Could 2016 see the team achieve a surprise victory and win their first title exactly forty years since the last? So, why not add the Dynamo Moscow home and away jerseys to your football shirt collection and enjoy easy, hassle-free shopping at the Soccer Box online store.

Here at Soccer Box we pride ourselves on outstanding customer service along with the world's best selection of official football merchandise including shirts, jerseys, training kits and accessories. The Dynamo Moscow football shirts are just a small part of our huge collection so why not check out our other stores now and pick up a bargain on the football shirt of your favorite team or something a little more unusual. Our European teams store includes football shirts and kits for some of the most popular clubs in Europe, we also stock merchandise a wide variety of national teams, so make us your number one stop today!