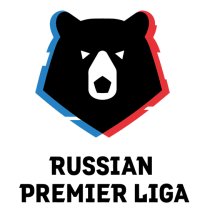 Football in Russia hasn’t had the same consistent history of other European leagues, with their top-flight not created until 2001. The split from the Soviet Union bought about the Russian Top Division in 1992, which became the Russian Premier League in 2001. In our bid to stock a varied selection of club Russian Premier League Football Shirts we stock jerseys and merchandise for several Russian teams. Browse our online store and look out for special offers and discount codes to make our already low prices even better value.

Take a look through the team categories located on the side menu above and purchase yourself a new jersey to showcase your support for your beloved team. Available in a range of sizes, these shirts are designed to fit a variety of fans from across the globe. Keep your eyes peeled for reductions on previous seasons stock and grab yourself a bargain today!

Currently sixteen teams compete for the Russian Premier League title. With home and away fixtures against each team this produces a league with 30 games per club per season. As with other European leagues the team with the most points is awarded the title of Champion of Russia, and the bottom two clubs are relegated to the next tier, with promotion for two of that leagues clubs.

Prior to 2012 the Russian football league was traditionally a summer tournament, due to the inclement weather conditions during winter months in Russia. However, from 2012 to coordinate with other European football leagues, and avoid disruption due to tournaments such as the UEFA European Championship and the FIFA World Cup the Premier League moved to an Autumn - Spring timetable. The football league in Russia does take a three month winter break to accommodate the weather, and as such scheduling for some teams before and after can on occasion be hectic.

Russian Teams in the League

Spartak Moscow leads the way in Russian top-flight titles, they have achieved a total of ten titles, securing their first win since 2001 in 16/17. CSKA Moscow has won on six occasions, Zenit St. Petersburg has four titles, Lokomotiv Moscow and Rubin Kazan have two each and Alania Vladikavkaz won once in 1995.

Russian clubs are allocated spots in both Champions League and Europa League competition. The first two teams qualify for UCL, and the 3rd, 4th and 5th placed teams enter into the Europa League tournament. No club from Russia has ever won the UCL title, but both CSKA Moscow and Zenit St. Petersburg have won the Europa League title in 2005 and 2008 respectively.

Why You Should Choose Soccer Box

Of these clubs we stock football shirts and/or accessories for Spartak Moscow, Lokomotv Moscow andZenit St. Petersburg and we also stock the latest Dynamo Moscow jerseys. All our shirts, kit and accessories are supplied directly by the manufacturer, primarily Nike at this time, ensuring that you are shopping for genuine merchandise.

With increased television broadcasting the interest in football from Russia and particularly the Russian Premier League is growing with each season. Take this opportunity to pick up official Russian Premier League shirts or other merchandise for one of the clubs we stock. We offer worldwide shipping options so wherever you are you can order your shirt and have it delivered direct to your door, enjoy hassle free shopping, order now from Soccer Box.