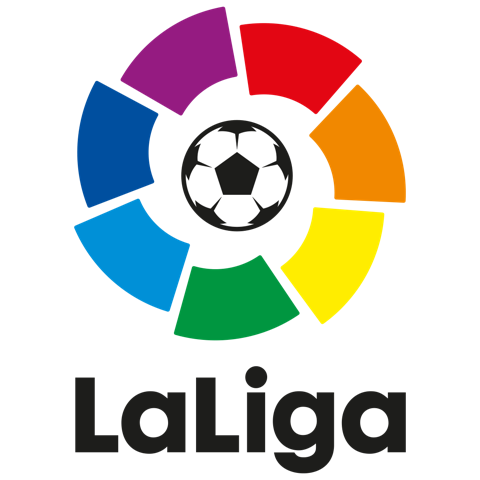 Of all the football leagues in the world there is one that stands head and shoulders above the rest and that is La Liga. The La Liga has consistently been ranked as the best European league by UEFA for the last five years. With FC Barcelona, Real Madrid and Atletico Madrid no explanation is required for the leagues success. Along with these three popular teams we stock merchandise for a variety of Spanish football clubs, so take a look round our online store and order your Spanish La Liga football shirts, kit and merchandise while supplies last.

European football tournaments have also been widely dominated by Spanish clubs in recent years, hence the first place UEFA ranking for La Liga. In the last ten year’s of Champions League competition a Spanish club has won on five occasions, 3 titles for FC Barca and 2 for Real Madrid. The results are even more impressive for UEFA Europa League competition with the trophy being awarded to a Spanish club in six out of the past ten years. Sevilla can lay claim to four of those and Atletico Madrid two.

La Liga is the top-flight of association football in Spain and was founded in 1929. The league is played between twenty clubs, and as with many of the other top leagues around Europe the team with the highest point total at the end of the season is crowned Champion. The bottom three clubs are relegated to the Segunda Division, who in turn supplies three teams for promotion.

It wouldn’t be right to discuss the La Liga without mentioning the wealth of football stars that the league attracts, and in recent year’s the players playing in La Liga are those that will re-write the football history books. With Cristiano Ronaldo, Gareth Bale, James Rodriguez, Lionel Messi, Neymar Jr, Luis Suarez, Antoine Griezmann to name just a few it is clear to see why the league is attracting the attention of the world.

Teams in the Spanish La Liga

Since it’s inception sixty different teams have competed in La Liga and only nine can claim to have won the title Champion of Spain. It is almost unnecessary to state that Real Madrid and FC Barcelona lead the way in terms of number of titles won with 32 and 24 respectively (as of September 2016). Following behind is Atletico Madrid with 10 titles, Athletic Bilbao has 8, Valencia has 6, Real Sociedad has 2, and with one a piece Deportivo La Coruna, Sevilla and Real Betis complete the list of nine.

Real Madrid was most successful from the 1950’s to 1980’s with a better showing from Barcelona from 1990 to the present day. However, in recent seasons Atletico Madrid has emerged as a worthy competitor to both of these La Liga giants. Frequent but widely spread titles describe Atletico’s history well, however since 2012 they have consistently secured a top 3 finish winning the title in 2014.

Why Purchase the Spanish La Liga Kits from Soccer Box?

Whether you are a lifelong fan of Real Madrid or, local to Valencia or simply find the lure of Barca, Atletico or one of their big name footballers irresistible Soccer Box is the place to order your Spanish La Ligashirts, kit and accessories. We only stock official merchandise, we keep our prices low, and we offer worldwide shipping options so use the menu to navigate our store and place your order online for a hassle free shopping experience.