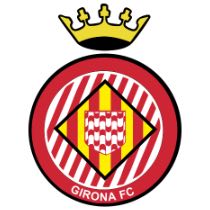 If you’re shopping for the latest football shirt for Spanish club Girona, then you are in the right place. Here in our Girona shirt shop you will find the team’s latest, and official jersey available to order. Buying your Girona jersey is easy at Soccer Box, we are supplied directly by Puma ensuring you will receive a genuine shirt. We only have very limited stock of the brand-new Girona football shirt, so avoid disappointment and order yours today.

Design of the Girona FC Jersey

Girona FC is a Spanish football club, based in the Catalonia region of Spain. The Girona football team has spent much of its time playing in the second and third tiers of the Spanish league. A brief two season stint in La Liga was the highlight for the team from 2017 – 2019; after which, they were relegated back to the Segunda Division. Shop for your Girona football shirt and be ready to cheer on the squad as they aim for entry to the top-flight of Spanish football.

Red and white are the traditional home colours for Girona FC; with alternating red and white vertical stripes being the iconic Girona home shirt design. Over the years, the stripes have taken on new and fresh looks with varying widths, and on one occasion a chevron pattern and on another diagonal stripes. The red and white colour scheme is firmly established though.

Colour schemes for the Girona away and third jersey are more variable. Yellow, light blue, black or orange regularly feature as colours for these shirts. Whatever the colour, the launch of the new Girona soccer jersey is always eagerly anticipated by fans, and now you can order yours at Soccer Box for speedy worldwide delivery.

Manufacturer of the Girona Football Shirt

Girona is owned by the City Football Group. City Football Group has signed a deal with Puma to supply all of its eligible clubs including Manchester City. This deal started in 2019/20 with the first ever Girona Puma shirt; it is believed that this deal will span a minimum of 10-years, and no financial details were released.

Prior to Puma becoming the kit manufacturer for Girona FC, the club has had a number of other shirt producers. Umbro was the most recent producing the Girona jerseys for three seasons between 2017 and 2019. Kappa, Nike and Diadora have also had periods manufacturing the Girona kit. Puma’s ethos of producing kits that celebrate the culture and traditions of each club will ensure that over the next few years we are likely to see some fantastic Girona home, away and third shirt designs.

As a new addition to our online store, we expect the Girona shirt to be popular. Stock is limited so if it is the latest, and official Puma Girona jersey that you are looking for act now and order yours before we sell out. We have a secure checkout, fantastic customer service and worldwide delivery options, so choose Soccer Box and shop for your new Girona football shirt today.