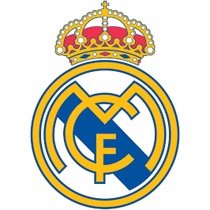 Real Madrid is one of the most successful football clubs in the world, having won a consistent stream of trophies throughout their history. Since their first Copa del Rey win in 1905 up until the present day, the team wearing the Real Madrid kit have secured numerous titles in both domestic and International football. Below we list the major tournaments in which Real Madrid compete and how many trophies they have secured up to the time of writing (March 2020):

Real Madrid football club attracts supporters from around the globe, the best way to highlight your support for the mighty Vikings is with a piece of official team kit. Take a look at the Real Madrid jerseys we have available to order and be ready for the team’s next big match.

Adidas is synonymous with the Real Madrid kit, as they have been the long-term manufacturers for the club. Adidas produces the full range of kit including the iconic white Real Madrid home kit, away and third shirts as well as training gear and accessories, and you can shop the full collection right here at Soccer Box.

Of course, the Real Madrid soccer kit has been manufactured by companies other than Adidas, as identified in the list below:

As you can see the iconic three-stripe Adidas logo has adorned the Real Madrid kits for over 20 years. In 2019 Real Madrid and Adidas signed a new deal that will ensure the three-stripes adorn the clubs kits until at least 2028. The deal is worth a record breaking £1.4billion, it includes over £8m worth of teamwear and accessories, a 20% sales profit and Adidas having their largest retail space in the world within the planned Bernabéu Stadium redevelopment.

A team as successful as Real Madrid is certain to have a long history of attracting some of the best footballers in the world. Indeed, the club’s team-sheet is always packed with top players, making it very difficult to pick out the best! Below is our top-5, look us up on social media and share your list with us too.

Whether you are shopping for the Real Madrid kids kit or larger sizes we have everything you need right here at Soccer Box. In home, away and third colour schemes we stock the great value Real Madrid little boys kit, which is an official Adidas product and includes the shirt, shorts and socks all for one low price.

For larger junior and men’s sizes the jersey, shorts and socks are sold individually allowing you to mix and match the kit you require. We offer some options for printing on the Real Madrid kits, these often include name blocks for specific players, such as Hazard 7 which can be added to the home, away or third shirt.

You may also be interested in the Real Madrid training kit, that includes official Adidas products that coordinate perfectly with the match day kit, including jackets, training tops and track pants. Or head over to the Real Madrid souvenirs store where you will find a great range of official club accessories including scarves, hats, soccer balls and the popular Adidas backpack.

Such is the popularity of Real Madrid kit that it often sells out quickly, so avoid disappointment and order yours today. We are supplied directly by Adidas guaranteeing that you will receive genuine Real Madrid soccer kit when you shop with us. Our shopping cart is secure, and we offer worldwide delivery options for your convenience. Should you need any assistance before, during or after placing an order our customer service team is available via phone, email or online chat during business hours.