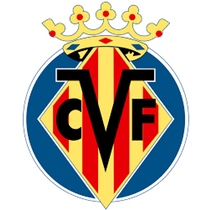 Welcome to the Villarreal Football Shirts and Jerseys shop at Soccer Box. Here we stock a selection of Villarreal football jerseys that you can order online for worldwide delivery.

Villarreal is a Spanish football team, they were established in 1923 and have a reputation for being a small but relatively successful football team. After securing promotion they compete with the giants of Spanish football in the topflight La Liga. Villarreal does not have the prowess or support of its counterparts Real Madrid or Barcelona but its fans are numerous and loyal. The Villarreal football shirt is a must for fans, as well as collectors of La Liga football shirts and merchandise.

Established in 1923, Villarreal was set up as Villarreal CD and starting off wearing a home kit consisting of white jersey and black shorts. A number of years later, in 1942, the club changed its name to CAF Villarreal and played in a yellow shirt. Since then this has become their signature home colour, giving them the nick name ‘Yellow Submarines’.

Located north of the Villarreal centre, are the team’s home grounds - Estadio de la Cerámica. Seating over 24.5K supporters, this stadium is guaranteed to be filled with fans wearing the Villarreal home shirt and kit. 1.5KM north east of their home pitch, is their training grounds Ciudad Deportiva Villarreal.

Across their 94 years playing as a united team, Villarreal has achieved few wins, as well as numerous amounts of runner-up positions. Their most recent trophy was acquired in the UEFA Intertoto Cup for 2004. This is also their successful league which they have played in after winning the cup two years in a row.

During 2015, this Spanish soccer club signed a 4 season contract with Joma to take them into 2020. Covering the Villarreal home kit, sportswear and accessories, they have not disclosed the financial details of this agreement.

Over the years, Villarreal has partnered with a variety of sports clothing brands to manufacturer their sportswear ranges. Working together for 5 years each, Kelme and Puma hold the longest contract with the club.

Order your new sportswear item embroidered with your cherished team’s crest from us today. We only stock official merchandise which has been sourced directly from the respective manufacturer to ensure its authenticity.

You can either complete your order online using our secure checkout payment system or give us a call during our opening hours. Our helpful staff members are on hand to assist with any queries or issues you may have. In order to ensure that all supporters across the globe can purchase the Villarreal sportswear, we offer a large selection of speedy international delivery methods.