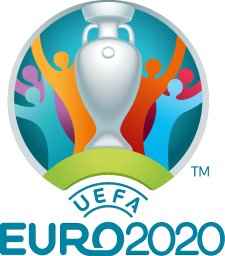 If you are looking for a high-quality official football shirt adorned with your number one European soccer team’s crest, then you are in the right place. Pledge allegiance to your nation during the UEFA European Championships by wearing their authentic jersey with pride. Sourced direct from the respective manufacturers, all our national team kits for Euro 2020 are 100% official and come complete with the brand’s stamp of authenticity. Place your order today and you could be wearing your new football shirt in a few days when choosing our express global delivery services at the checkout!

Taking place every four years since 1960, the Euro's is a football tournament which takes place in a different country each time round which sees European national sides compete against one another for the Champions status. Originally this competition was known as the UEFA European Nations’ Cup but was changed to the UEFA European Championship in 1968. The format of this soccer tournament started with the qualifying process which determined which national teams were to compete in the games with the only exemption to these qualifying games being the host nation. At the end of the fixtures the Championship winners – up until 2016, received the chance to compete in the FIFA Confederations Cup.

Due to the worldwide Coronavirus pandemic Euro 2020 will be postponed until the summer of 2021, this is to ensure the safety of footballers and fans. This is the first time there has been a five year gap between each tournament, and may cause the shake up of other events in the football calendar. Take a look at our blog for all the latest updates, and get ready for Euro 2020 kickoff in June 2021 by shopping for your teams national kit.

In the beginning the number of national teams within the Euros tournament were only four but this was expanded to 8 in the 1980s, 16 in 1996 and then 24 in 2007. This rapid growth of the tournament participation meant that this was soon becoming the most popular soccer tournament to be watched across Europe.

Euro 2020 to be Held Across European Cities

Traditionally there is only one host country for the European Championships which is determined after a voting and bidding process between several countries. However, for Euro 2020 they have decided to host the UEFA European Championship across 12 cities instead. The twelve cities chosen for hosting the 2021 games are:

When it comes to planning the scheduling of Euro 2020 across these 12 cities it has been worked out that each country will host a variety of group stages, round of 16 and the finals each. See the breakdown here:

As the tournament has been taking place every four years since 1960, there have been many winners across each championship. Below is a breakdown of which national team has lifted the UEFA European Championship trophy over the years:

As we can see from the list above, Germany and Spain both have three European Championship Winners titles. However, the most significant is Spain who has been awarded first place in two consecutive tournaments. As a result of this, we expect the signature red Spanish home shirts and the white Germany home jerseys to be a popular choice this tournament.

Along with these two impressive national sides, there is also one more which has surprised supporters with their impressive showcase in the 2018 World Cup. Due to their success at winning the World Cup trophy, we could also expect the spirits to be high for the supporters of the France national team kits, thus increasing the popularity of their famous navy French home shirts during the UEFA European Championship for 2021.

When looking at the top 10 Nations League Qualifiers rankings we can see that there are several teams in there who have yet to win a Euros title. These countries are Belgium, Ukraine, England, Turkey, Ireland, Croatia and Poland. As these teams are running high in the rankings, the demand for their jerseys will be high. The Belgian national team is currently ranking first, meaning that the Belgium kit is sure to be popular this coming tournament.

Sourced directly from the manufacturers, our stock of the national team kits for Euro 2020 are 100% authentic. As a result of this you can shop confidently with us, knowing you are investing in the real deal for yourself or your loved one. Get ready for the upcoming tournaments by purchasing your nation’s home and away jerseys today.

Here at Soccer Box we have a vast range of shipping services available to suit a range of requirements. We offer speedy courier international delivery methods as well as UK next day and worldwide postal shipping options too. So, make sure you find the best service to suit you at the checkout!

You can also sign up to our newsletter where you will be notified when the new European national team kits for Euro 2020 are released. Stay on top of the launches by signing up today and you will also receive emails with handy coupon codes too!