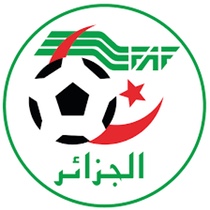 The Algerian national football team was founded in 1962, and they are part of the African Football Confederation. The team was most successful in the 1980’s, but a recent surge in performance and World Cup qualification in both 2010 and 2014 means that we have added the Algeria football shirts to our online inventory. You can shop for your Algeria jerseys here at Soccer Box, but hurry stock is limited so place your order today.

Algeria has qualified for four FIFA World Cup tournaments, 1982, 1986, 2010 and 2014. During their first World Cup appearance in 1982 the Algerian team caused much passion from both home supporters and football fans in general. In the first ever appearance of the Algeria shirts the team beat the reigning champions 2-1.

However, as the group stage came to a close Algeria played first, and the result of the next game would decide whether or not the Algerian jerseys would appear in the knockout stage. Even non-Algerian fans were outraged at the performance, and following this the final group stage matches in each group have been played simultaneously. More recently, 2014 saw the best performance for the Algerian national team when they made it through to the Round of 16.

Since 1968 the Algeria football shirts have made frequent appearances in the African Cup of Nations, where the team has had significantly more success. A runner-up finish in 1980, third place in 1984 and 1988 were topped off with the Algeria team being crowned as champions in 1990. Since then though, they have not made it past the quarterfinal stages, could it be time to get your Algeria jersey and cheer the team on? Algeria has qualified for the 2017 African Cup of Nations, so grab their latest shirt from Soccer Box and be prepared for this mighty tournament!

Up until the end of the 2014 FIFA World Cup the Algeria football jerseys and kit were manufactured by Puma, a company that has strong ties with many African nations. However, in 2015 the Algerian football association agreed a new kit manufacturing deal with rival sportswear brand Adidas.

Since the 2015 African Cup of Nations the Algeria shirts have featured the iconic three-stripe Adidas logos. Traditionally the Algeria home jersey is white featuring green accents, and the away kit reverses this design being primarily green with white highlights. These colours are supplied by the Algerian flag, which is half green and half white with a red star and crescent in the centre.

With friendly fixtures, African Cup of Nations and World Cup qualifying and tournaments there are plenty of fixtures for fans of Algeria to watch. Get ready for the next big match and shop for your Algeria football shirts at Soccer Box. We only stock official merchandise, we aim to keep our prices low and we offer worldwide delivery options enabling you to enjoy hassle free online shopping.