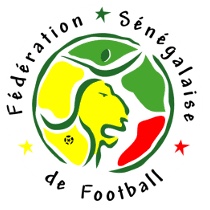 The Senegal national football team has yet to win any major trophies, but has caused upset to some of the biggest and most prestigious national teams in world football. Are you a fan? Shop for official Senegal Football Shirts here at Soccer Box. Supplies are limited so don’t delay and order today, we offer worldwide shipping options for a hassle free shopping experience.

To date Senegal has qualified for only one FIFA World Cup, but a World Cup it was. Their single qualification to date was in 2002. Their opening Group Stage game was against France; a tough draw considering the French team was the current holders of both the World Cup and European Championship titles. The Senegalese team rose to the occasion pulling off a shock 1-0 win in their first ever FIFA World Cup game.

It almost became Senegal fever after that victory, with fans sporting team soccer jerseys and accessories to show their allegiance. The team went on to reach the quarterfinals where they were knocked out after a 1-0 defeated decided in extra time.

Following that fantastic performance the Senegal football shirts have once again been absent from World Cup tournaments with the team failing to qualify. They Senegal squad has had more success at the African Cup of Nations, frequently securing qualification. They have never won the title, but finished as runner-up in 2002 - the magic year for Senegal.

As with many other football shirts for African Nations the Senegal jerseys are designed and manufactured by Puma. Puma has taken inspiration from the country’s history, heritage and traditions to produce outstanding shirts that reflect the heart of the team. We are supplied directly by Puma and you are shopping for an official Senegal football shirt.

With African Cup or Nations and World Cup qualifying campaigns and tournaments, as well as friendly fixtures there is often an upcoming opportunity to wear Senegal soccer jerseys with pride. Order now at Soccer Box.