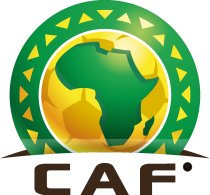 The Confederation of African Football (CAF) leads control of football throughout Africa. CAF is the largest of the six FIFA Confederations and was founded in 1957. Despite its longevity, football in Africa is under-developed in comparison to other regions. However, the popularity of football throughout the continent is overwhelming. In particular the African Cup of Nations sparks interest in the continent’s national teams, and this is when demand for football shirts from the region reaches its peak.

Within this African Football Shirts and Accessories page you are therefore able to support your beloved national team in style. With a range of sportswear in men’s sizes small to xx-large and souvenirs to suit a variety of budgets, make us your one stop shop for all of the latest gear.

Manufacturers of the African Football Jerseys

Out of the eight African national football team’s apparel which we stock, the most prominent manufacturer is Puma. Puma’s creativity gels with the artistic cultures of African countries ensuring that the design of football shirts for national teams in this region is unique, stylish and captivating. The jerseys are often reflective of the individual cultures and themes, which represent each country, making them ideal for showing patriotism and cheering on the team at World Cup, African Cup of Nations and friendly fixtures.

However, as we can see below, a number of teams have also partnered with Adidas and Nike too. Here is the breakdown of the national team’s kits we have available for you to order today, and who they have been produced by:

All supplied directly from the respective manufacturers, there is 100% satisfaction guaranteed when shopping with us here at Soccer Box. Due to the fact they are sourced from the supplier, we are able to validate the legitimacy of the garments which also come complete with the manufacturer’s stamp of authenticity.

Performance of the African National Teams

As it is commonly known, the FIFA World Cup is the most popular football tournament around the globe. CAF is allocated five places in the finals, and these must be contested via a gruelling qualifying campaign between 54 countries. The history of Africa at the World Cup is not pattered with success in the same way as other confederations, but progress is being made, with several highlights.

In 1934 Egypt became the first African team to qualify for a World Cup, but a team from Africa didn’t win a match until Tunisia beat Mexico 3-1 in 1978. Reaching the knockout stages was first achieved by Morocco in 1986, with Cameroon besting that in 1990 by securing a slot in the quarterfinals, the highest placing to date from a CAF national team.

2010 marked the first and only time to date that an African nation has hosted the World Cup. Bidding was only open to African nations and South Africa was chosen. Overall the 2010 World Cup was successful. The country built 5 new football stadiums, and invested in transport infrastructure, a positive step for the country’s future development. It was however, a European team that won, Spain were crowned Champions.

As previously mentioned the African Cup of Nations is the major CAF tournament, specifically for CAF members. The tournament is currently held every two years, and was first played in 1957. Egypt is the most successful country at the African Cup of Nations with a total of 7 wins, three of those consecutive in 2006, 2008 and 2010. Just behind them is Cameroon with 5 wins in total. Other teams such as Ghana, Congo, Nigeria and Ivory Coast have all won the tournament more than once.

Along with our outstanding collection of official football shirts for the African national teams, we also stock a range of merchandise adorned with the team’s crest. Allowing you to expand your pledge of allegiance to your country further, these items will make the perfect gift for any avid football fan:

A scarf is a subtle way of showing off your support for your country and this can be both worn and displayed. Thanks to its double sided design, you are able to hold this up like a banner at matches, hang it up in your bedroom or wrap it around your neck to keep you warm.

We also have a range of footballs from tournaments such as the World Cup that you can purchase. Excellently replicating the size and style of the ball used by the players during the World tournament, you too can feel like your idols when training professionally or casually.

And finally, you can also pick up a flag for South Africa which will make a fantastic gift for supporters. This is due to the flag’s versatility, whether you want to show it off in your room or drape it over your shoulders during matches, this flag is the perfect choice.

All of our high quality official sportswear and accessories have been sourced straight from the respective manufacturer; so that you can feel 100% confident that you are getting the real deal when buying from us. As a result of this, we are able to offer a range of adults’ sizes from small to xx-large to suit a range of supporters. However, if you are contemplating making a purchase, we highly recommend that you act quickly. This is because our stock levels of each product and size is rather limited, so we suggest ordering now to avoid missing out!

Thanks to our impressive selection of international express shipping services you are able to receive your parcel in a matter of days. You can also become an email subscriber where you will receive exclusive coupon codes, priority access to sales and notification of shirt launches straight to your inbox. Sign up for free today and enjoy the number of benefits available to our members instantly!

FILTER
Now Shopping by
Clear All
Shopping Options
Category
Price
Colour
Size
Compare Products
Compare
Clear All
You have no items to compare.