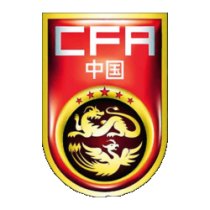 You are now viewing our China Football Shirts page here at Soccer Box where you can shop our vast range of official jerseys for your beloved national side. Pledge allegiance to your nation during their international fixtures by ordering one of these authentic jerseys today. Sourced directly from Nike our stock is 100% authentic. Place your order with us today and take advantage of our speedy worldwide shipping methods now and you could be wearing your new shirt in no time!

Manufacturer of the Chinese National Shirts

Established in 1913 under the Republic of China name, the Chinese national football team has seen a handful of sports manufacturers creating their football kits for them. Their longest standing contract to date was with Adidas but as of 2015 they signed an 11-year contract with Nike for $16m a year.

Since the beginning of time the China national team has always sported a red home shirt with white trim and an away kit which was white with a red trim. Although we have seen the style of the home and away shirt for China change over the years, their basic template has remained prominent. And in 1996 during the AFC Asian Cup the team needed to introduce a third kit due to their similarity in colour way to the one worn by Saudi Arabia. Therefore, for this tournament a blue and white jersey was worn by the players.

As well as the signature football shirts, the Chinese national team also wear cooling vests with the kit when playing in a hotter climate in order to ensure that their players are as comfortable and focused as possible.

Season to season the overall appearance of the China national shirt remains the same but with subtle changes to the accents. However, one of the most significant changes we have seen over the years is the appearance of the national team’s crest. To being with the CFA badge was a circular patch adorned to the jersey with a football graphic inside and the club’s name surrounding it. This soon evolved into just the implementation of the country’s flag.

But in 2015 the emblem had a complete style change. It now features a shield shape with the CFA lettering across the top with the word ‘China’ applied in Chinese characters below followed by a dragon and crane graphic surrounded by 5 stars. The 5 stars on the crest represented the starts used on the country’s flag. With the dragon symbolizing power and the red crowned crane representing elegance and flight, these two emblems signify the skills of the squad on the pitch.

Above we have discussed the shirts of the China national football team and their home stadium and grounds, but now we are going to explore the performance of the side over the years. Below we have listed the tournaments in which the Chinese national team has taken part in and won across their entire playing years.

As we can see above, their most successful tournament is the Far Eastern Games where they have won 9 times, but their most recent win was the EAFF East Asian Cup in 2010. Since then we have seen them come close to first place, and below we have explored their runners up positions across the years too.

Why Order Your China Football Shirt at Soccer Box?

Here at Soccer Box our stock of the China national shirts are 100% authentic as we received our shipment of these jerseys directly from Nike themselves. We hold a contract with Nike which allows us to be official stockists of their kit which means you can feel confident that you are investing in the real deal when shopping with us today.

We also have a fantastic customer service team who will happily assist you over the chat, phone or email with your queries, so be sure to get in touch! And with our wide range of express global courier and postal services your order could be with you rapidly after dispatch.