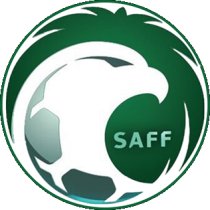 You are now visiting the Saudi Arabia Football Shirts and Jerseys page here at Soccer Box. On this store you are able to purchase the official replica sportswear to the players. Shipped to us direct from the respective manufacturer, you are certain to receive the authentic gear. Choose from a variety of adults sizes and get your hands on the latest apparel for your beloved national team now. Delivering across the globe, our parcels can be sent direct to your door in a matter of days, no matter where you live! Also, if you are located outside of Europe you can benefit from tax free delivery,

Established in 1956, Saudi Arabia has been playing as a team for over 62 years representing the country. Although they were founded in that year, they did not take part in any tournaments until they managed to qualify for their first AFC Asian Cup back in 1984 which they won. The 28 years without being in the limelight must have benefitted them greatly as they came out and took the trophy in their first games.

Representing their country, they have been a part of a range of tournaments. When it comes to the World Cup though, they have only been in the running for the trophy for 5 seasons including the 2018 FIFA World Cup in Russia. Qualifying for the first time in two games, you are now able to purchase the replica home jersey that will be seen during this 2018 campaign.

Seating over 62 thousand spectators, the Saudi Arabia national soccer team’s home ground is the King Abdullah Sports City. Within these grounds you will see supporters wearing the club’s signature soccer shirts. In particular you will find the Saudi Arabia home jersey which is a white base colour featuring green accents. Designed in reverse to this, the Saudi Arabia away shirts are manufactured in green with white detailing.

After starting their career off with an instant win, the Saudi Arabia national soccer team have achieved a number of trophies to add to their collection. Although their wins have been within continental games, they could still stand a chance at getting near the World Cup trophy.

They have also acquired the following status in other tournaments. Most of these have been as a runner up, or just below that, which is a great achievement for the team. Below you can see the breakdown of the games and where the club placed in that season in particular.

In 2013 the sports brand giant Nike had started to produce the Saudi Arabia national team’s apparel. However, there was talk in 2010 as to when they were taking on this contract for the club’s sportswear; a cost of this has not been disclosed. Now stepping into their fifth consecutive year working together, they are amongst one of the longest partnerships this Asian soccer team have held.

Prior to their manufacturing agreement with Nike, we have seen the Saudi Arabia soccer gear produced by a variety of companies. Puma have had two stints of working with the football club, making a concluded amount of 18 years. Other manufacturers such as Admiral, Shamel and Adidas have all had their go at designing the club’s shirts. To see the breakdown of how long each company has worked with Saudi Arabia, have a look at the bullets below.

Why Purchase Your Saudi Arabia Jersey from Soccer Box?

Here at Soccer Box we only supply our customers with the official sportswear adorned with their team’s crest. To maintain such a high quality of products, we have a direct contract with Nike who supply us our stock of these shirts. And to confirm this, the manufacturers most commonly include their stamp of authenticity on the garment themselves to reiterate this fact.

Keep your eyes peeled on this page as we regularly reduce previous season’s stock. Therefore you could be in for a fabulous discount on your new soccer jersey. Don’t forget to use our coupon code to receive an added bonus off your order at the checkout.

When it comes to purchasing your new Saudi Arabia home shirt you can buy it online using our secure payment system or you can give us a call during our opening hours and our helpful staff will process this for you. Our selection of worldwide delivery methods operate at a speedy rate to ensure that your parcel is at your doorstep in a reasonable time period after being dispatched from our warehouse.