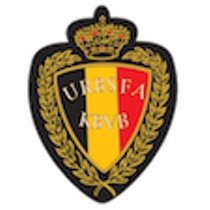 If you are shopping for the latest Belgium jersey, shorts, socks or training wear then you are in the right place. Here in our Belgium kit shop you can find everything you need to show your support for the Belgian national football team. We are supplied directly by Adidas guaranteeing that when you order from us you will receive the official Belgium shirt, shorts, socks and other kit. Browse our online store and place your order for speedy worldwide delivery.

Why Pick the Belgium Shirt?

Football is the most popular sport in Belgium, but the Belgian national team have not generally been one of the big players in the sport, until recently. At the time of writing, April 2020, Belgium is ranked in the number spot for national football teams in both the FIFA Rankings and World Football Elo rankings. Due to the team’s recent successes demand for team gear has increased massively, with the Belgium home kit leading the way as the most popular choice.

Recent years have seen the Belgium national football team show themselves as a strong contender for major world football titles. At the 2018 World Cup Belgium were particularly strong, finishing in 3rd place. They also excelled during qualifying for the Euro 2020, now Euro 2021, where they won Group I, where they were undefeated with 10 wins, scoring 37 goals and only conceding 3 in total.

Below we list out the best performances at both the World Cup and Euro Championship for the Belgian squad.

Belgium at the World Cup

Belgium at the Euro’s

Get ready for the next big fixture and shop the full range of Belgium jerseys that we have available. Wearing team kit is the perfect way to highlight your allegiance at all games including friendlies, qualifiers and big tournament fixtures.

Manufacturers of the Belgium Football Kit

Since 2014, German sportswear manufacturer, Adidas has designed, produced and distributed the Belgium football kits.  In addition to the popular match day strip, there is also a range of Belgium training gear produced, and you can shop for yours here at Soccer Box. The Adidas deal with the Royal Belgian Football Association is reported to be worth around €1.8m per season, making it the biggest kit deal in the history of the Belgium national football team.

Adidas took over from Burda, who were the team’s previous kit manufacturer. In fact, Belgium has had many different kit manufacturers in the past. And, this is not the first time that the iconic 3-stripe Adidas logo has adorned the Belgium football shirt, this is the third time that Adidas has been in charge of producing the Belgium kits. Below we list the previous manufacturers, and the years that the deal spanned.

Due to their recent success, our list of course includes several footballers still on the team sheet at the time of writing. Who would your top 5 be? Look us up on social media and tell us your favourite player(s) to wear the Belgium soccer jersey.

Whether it is the great value Belgium kids kit that includes the shirt, shorts and socks for one low price, the Belgium junior jersey or men’s sizes we stock the full kit for the whole family. With Belgium’s recent success demand for kit is increasing, so avoid disappointment and place your order online today. With secure checkout and worldwide delivery make us your first choice for all the official Belgium kit. Take a look at our recent TrustPilot reviews and consider leaving us a review of your own after taking delivery of your Belgium shirt, shorts or socks.