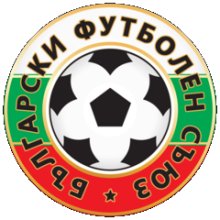 Welcome to the Bulgaria Football Shirts and Jerseys store here at Soccer Box. Within this page you are able to purchase the latest and historic tops adorned with your national team’s crest. Display your support for your country today during their future soccer tournaments and place your order today. With a selection of adult’s sizes available you are certain to find the top here for you. Plus, our international express delivery methods strive to reach your location as quickly as possible so you can be wearing your new football shirt in no time!

History of the Bulgaria National Team

Founded in 1922, the Bulgarian national football team was formed and only a year later their Union was created and their first game was scheduled. Due to play in Vienna, the Bulgarian club was defeated by their Austrian opponents 6-0. This was expected by most as the Austrian side was very strong and had been dominating the tournaments throughout the years. And due to their successful influence the Bulgarian FA hired two coaches from Austria to work with their players.

Shortly after this, they were then invited to participate in their first World Cup held in Uruguay back in 1930. However, they had to turn down the invitation as the players were unable to acquire an extended leave from their day jobs in order to compete. Since then they have only managed to qualify for seven World Cup games, making it into the top 10 twice. When it comes to the Euros they failed to qualify for 9 seasons before securing their first tournament in 1996 and have only made it to the group stages twice historically including then.

The Bulgarian national football team currently calls the Vasil Levski National Stadium in Sofi their home. Seating over 44 thousand spectators, this venue has been renovated four times since first opening its doors in 1953. Prior to becoming the national team’s home, these grounds were home to Levski Sofia from 1934 to 1950. Bulgarian cup finals and athletics competitions are also held at this venue making it a central hub for Bulgarian sports.

Bulgaria has only had a handful of wins over the years and they are listed below. Unfortunately they have yet to qualify for a World Cup tournament since 2002 and Euro Championships since 2008. However, this could all change if they pull it out of the bag during the 2018 Nations League tournament and earn a place in the upcoming Euro fixtures.

During 2014, Bulgaria ended their contract with Kappa on what was reportedly mutual consented termination. While this was occurring, the Bulgaria national football team then signed a contract with Spanish sportswear giants – Joma. However most of the contents of this agreement have not been release to the public, we can gauge that Joma is to produce the future home, away and training ranges for Bulgaria. And they have also opened a store in Bulgaria where fans can purchase their national jerseys locally in the capital – Sofia.

Before Bulgaria FC signed their Joma sportswear contract, they had worked with a range of sports brand throughout the years. Below you will see the list of each manufacturer that the Bulgarian national soccer team have partnered with in terms of producing their apparel. Their longest standing collaboration was with Adidas where they spent 20 consecutive years together and just behind them are Puma who had been partnered with Bulgaria FC for 15 years.

Why Order from Soccer Box?

When making your purchase with us, you are guaranteed to receive an official replica jersey for your national team. This is possible to confirm as we source all of our stock direct from the manufacturer to clarify their authenticity. Therefore we are able to provide our valued customers with a fantastic selection of high quality sportswear for an amazing price.

Be sure to get your orders in fast for you Bulgaria home shirt as they are due to sell out fast due to our limited stock levels of each size! Once you have chosen your jersey you will have the option to pick from our outstanding variety of delivery methods which operate internationally as well as in the UK with a number of different speed rates to meet your needs.