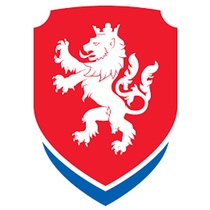 Shop for the Czech Republic shirts, kits and accessories here at Soccer Box, and proudly celebrate your love and support in great style in the official replica Czech Republic home shirt or away jersey. Officially founded in 1992 as Czech Republic the team was before known as Czechoslovakia mainly and even Austria-Hungary and Bohemia, since their foundation in 1901. Now entering their major tournaments as Czech Republic why not showcase your pride for your beloved nation with a piece of official merchandise, available online today for orders.

At Soccer Box we offer a variety of different shipping services ensuring that worldwide supporters can receive their new Czech Republic football shirt direct to their door for a great price. View our options found in the checkout process.

The 1990’s saw the split of Czechoslovakia to reform as Czech Republic. The newly formed team got off to a fantastic start, in the first ever appearance of the official Czech Republic soccer jersey, by winning their first friendly 4-1 in 1994 against Turkey. The Czechs first competitive game was seen in the 1996 Euro qualifying campaign and defeated Malta a massive 6-1, and was followed up by registering another 6 wins, allowing them to finish above favourites Netherlands. The Czech Republic unbelievable form continued into the 1996 Euro’s where they finished runners up, losing against the Germans.

The Czech’s won all 10 of their group games and conceded just 5 goals, which of course meant an easy qualification for the 2000 Euro’s, and every European tournament since Czech Republic have indeed qualified for but unfortunately got knocked out in the Group Stages, with exception to 2004 where they achieved an impressive third place! More perseverance is required for the Czechs in their World Cup campaigns with the Czech Republic football shirt only making one appearance to date in the tournament, which occurred in 2006, finishing in 20th position.

The 2012 Euro’s saw new manager Michal Bilek enter a much changed team into the qualifiers. Former player, once representing Czechoslovakia as a midfielder Michal Bilek led Czech Republic as manager for four years between 2009 and 2013. After not much success Michal Bilek then did indeed get replaced by Josef Pesice who is still the current manager of the Czech Republic team in 2018.

The Czech Republic football kit is manufactured by Puma in a deal that has been running since 1995, it got extended in 2013, by the German sportswear brand who said it has renewed their deal with the Czech Republic football association. Puma declined to state how much the deal was for or how long but did however reveal it would run into the next decade. Puma is known for their infamous bright graphical soccer shirts, and whether you choose the home or away jersey the Czech Republic shirt is definitely a piece of artwork that every fan should own!

The Czech Republic national football team do have indeed have some great achievements up their belt, giving you more reasons to purchase your home shirt online today. Some of the achievements are listed below for you to view:

Over the years the Czech Republic team have done a great job in qualifying for the European Championships, and have qualified at every recent Euro tournament with their best result being in 1996 achieving the second spot. On the other hand, the World Cup has been a more difficult challenge for the nation, lacking in appearances since 2006, but the qualifying games are on the horizon for the 2020 campaign so wear your Czech Republic jersey and other official merchandise with great pride to display support to your beloved nation.

Yet to be determined are the qualifying teams for the 2020 European Championships. Czech Republic are in Group A, drawing up against England, Bulgaria, Montenegro, and Kosovo leavings us very hopeful that the nation will qualify for the 8th consecutive time since being under the name of Czech Republic! First match will take place against England at their Wembley stadium, on 22nd March 2019. So keep a look out on fresh merchandise and cheer on your team in great style. Hopeful Czech Republic will qualify for their next major tournament then be sure to keep an eye out on our blogs to find latest kit launches and any big changes to your beloved national football squad.

Our World Cup and Euro team’s merchandise is growing vastly here at Soccer Box, and the Czech Republic is proudly included within that range. Our range is supplied direct from the suppliers, meaning your Czech Republic kit is direct from the Puma distribution centre ensuring you are guaranteed 100% replica stock. Supplying for both kids and adults we pride ourselves on offering goods for supporters of all ages, so why not make Soccer Box your first stop as we also ship worldwide for a great price!

Aiming to keep our prices competitive as well as latest stock, we are constantly updating our site so be sure to check in regularly to find new products at a superb price. Maybe you are looking for an ideal gift idea; if so navigate to the accessories to find a great product for an avid fan. Our limited stocks don’t last long here at the home of football merchandise, so whether it’s a shirt or an accessory waste no time and order yours online today. Guidance can be provided by calling our fantastic customer service team.