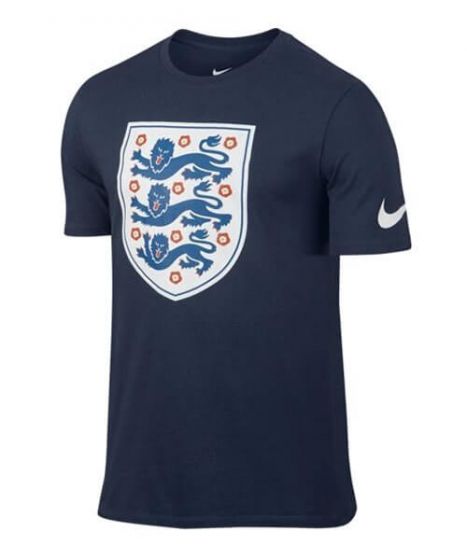 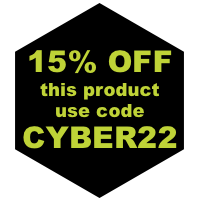 The England Kids Crest T-Shirt 2016/17 is a brand new product designed and manufactured by Nike and is taken from the very latest England leisure wear range for the 2016/17 season. The kids t-shirt is a great way for any young England fans to show their support for the team as they take part in Euro 2016, international friendly matches and FIFA World Cup qualifiers during the 2016/17 season.

The kids crest t-shirt is a unisex design making it suitable for boys and girls, and the range of sizes that we have in stock caters for kids aged between 8 and 15 years. The stock levels for the England crest t-shirt are extremely limited so we suggest that you order today to avoid disappointment and get your kids kitted out in the very latest England gear in time for Euro 2016.

The England t-shirt is a classic design from Nike which is reflected by a simple logo inside the neck which reads: 'The Nike Tee'. The industry-standard crew-neck design from Nike is manufactured from 100% cotton and is a short sleeved tee with a tapered neck for additional comfort. The kids t-shirt also features printed 'Athletic Cut' detailing inside the neck to hint at the stylish and modern cut of the t-shirt.

The t-shirt is finished in the navy blue colour traditionally used alongside white as part of the England home football kits. However, the new Euro 2016 home kit for England features royal blue trims meaning that the crest t-shirt offers a traditional contrast to this. It can also be paired up with the brand new away kit which is made in the world famous bold red colour traditionally used by England.

The navy blue t-shirt is boldly punctuated by the addition of a crisp white Nike Swoosh logo on the left sleeve and another smaller logo inside the neck alongside the other detailing. The front of the t-shirt proudly displays a large, full colour England crest with the famous three lions and ten Tudor roses on a white background. In a break from tradition the crest does not feature England's World Cup winners star for 1966.

In qualifying for Euro 2016 England were the only team in Europe to achieve a 100% record by winning all ten of their qualifying matches. On the back of this, and a famous friendly victory over Germany, the English lions will be heading into Euro 2016 with the confidence that they can mount a serious challenge for the title and win their first ever European Championship trophy.

England have been drawn in a group alongside the Russians, Slovaks and Welsh neighbours ensuring that there will be some outstanding football played in some white-hot atmospheres. Why not order the England crest t-shirt for your kids now and help them to show their support for the team and potentially witness an historic event as England aim for European glory in France this summer.

So, if your kids are proud England fans or if they simply need a new t-shirt to wear on the soccer field, at school or at home then the brand new England crest t-shirt is the perfect item. The t-shirt is available to order at Soccer Box now with several fast worldwide shipping options to choose from, and customers from outside the EU can also benefit from tax-free shopping on all products.

Order the England Kids Crest T-Shirt 2016/17 at Soccer Box now and secure your piece of sought after Euro 2016 merchandise. The order process at Soccer Box is hassle-free and our friendly customer service team is always on-hand via telephone or email to answer your questions.