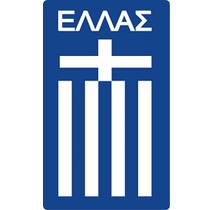 The Greek national football team has a long history having been founded in 1906, but their real success came much later in the 2000’s. Now is the perfect time to order your Greece Football Shirts and show support for your national team. We only stock official merchandise, and you are shopping for genuine Greece soccer jerseys. Stock is limited so don’t delay and place your order today with Soccer Box.

Greece first became a household name for football enthusiasts in 1980 when they qualified for the UEFA European Championship. Eight teams participated, and Greece finished 8th but of all the teams in Europe the Greece shirts did indeed feature in that 1980 tournament, giving them kudos above other more well-known teams.

The Greece jerseys made their first World Cup appearance in 1994, and have since participated in the 2010 and 2014 incarnations of the tournament. The team’s biggest success was undoubtedly at Euro 2004, in which, Greece as an underdog defied statistics and beat the likes of France and Portugal to the title.

Greece Shirts Designed by Nike & Available in a Variety of Sizes!

The Greek flag has always inspired the colour scheme of the Greece jerseys, meaning that are blue and white. For much of the teams history the Greece home shirt was blue, with white as the away colour. However, since their Euro 2004 victory the home shirt has been white, and blue is used for the away jersey.

Over the year’s different shades of blue have been incorporated into the Greece kit, and occasionally stripes and other design features have been used. Do you have a favourite Greece jersey from past or present? Find us on social media, share your photos with us and explain why that shirt is the best.

The Greece soccer jerseys have been manufactured by a variety of different suppliers including Asics, Puma, Diadora and Adidas. Since 2013 the Greece kit has been designed and produced by Nike. Nike is well known for producing aesthetically pleasing football shirts that portray a sense of history and heritage toward the team, while also being performance orientated. As a fan of Greece, with a Nike shirt you will be looking and feeling great when watching or playing football.

The Greek national football team has traditionally played their home fixtures in stadiums around Greece, but since 2004 almost all games have been played at the Georgios Karaiskakis Stadium. This stadium is near Athens and holds a maximum of 32,115 fans. The stadium is the home of Olympiakos football club, but is packed with supporters wearing Greece soccer jerseys on national match days.

Whether you attend games or support from afar Greece football shirts are a must for any fan of the squad. We are supplied directly by Nike and you are shopping for official team jerseys. We only have limited stock of the home and away shirt, which is available in adult sizes so place your order online today. We offer fast worldwide shipping options, and secure online payment so order now.