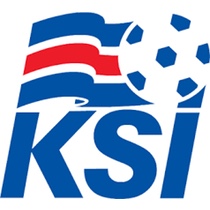 Iceland Shirts Are Made By Errea

Since 2002 the Iceland shirts have been manufactured by Italian brand Erreà, which is a long-standing partnership in terms of football kit manufacture. In the past Reusch has also produced the Iceland jerseys, and from 1947-1992 well-known German brand Adidas was the team’s football kit producer.

The Icelandic flag is easily recognizable, it features a red cross outlined in white sitting on a blue background. This style and color scheme is the inspiration for the Iceland football jerseys. The Iceland home shirt is generally blue in color and features red and white accents. The away shirt usually reverses the design of the home jersey and sits on a white base with red and blue details.

Not only did Iceland qualify for their first European Championship in 2016, making it their best result but they were also the tournament underdogs. Iceland managed to reach the quarter finals in Euro 2016, making their jerseys one of our most popular Euro products around the world. Iceland is in Group I for the qualifying groups for the 2018 World Cup and are confidently sitting third place, leaving us hopeful that they'll make their first qualifications in the World Cup tournament!

With the Iceland jerseys now available to order at Soccer Box, after their victorious first outing in the International football arena now is the perfect time to pick up your jersey and root for the Icelandic squad in upcoming games. We stock both the home and away shirt so choose your favorite and get both, but hurry we only have limited availability of each shirt.

Here at Soccer Box we aim to stock football shirts and kits for a wide variety of football team’s from around the globe. Take a look around our online store at some of the other National team jerseys that we have available.

In addition to the Irish shirts we also stock shirts, training kit and accessories for many more national teams, as well as an array of clubs jerseys for team’s from many of the football Leagues from around Europe and worldwide.

The Icelandic squad is edging up the FIFA Rankings, and you can show your support by shopping for the brand new Iceland soccer shirt. We are supplied directly by kit manufacturer Erreà, guaranteeing that you are shopping for official team merchandise. We aim to keep our prices low, and with secure online shopping and fast worldwide shipping buying your jersey from our online secure is a great decision. We will keep you updated on the progress of your order via email, and our customer service team are on-hand during business hours should you have any queries before, during or after placing an order.