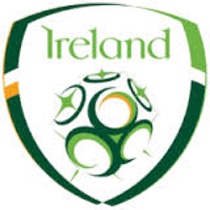 Are you looking for the latest Ireland home and away shirts? You are in the right place! Here we stock the official Umbro jerseys for the Republic of Ireland national football team. We have the home and away kit in kids and adult sizes, as well as other team accessories, which are perfect for highlighting your Irish allegiance. Take a look and shop for your Ireland shirts today. 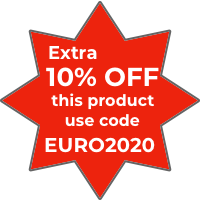 The Irealand national team has a long history. They played their first competitive fixture in 1924 beating Bulgaria 1-0. It was not until the 1980’s under the management of Jack Charlton that the Ireland team entered the World football stage. In 1988 the Irealnd shirt made its first outing at a European Championship. This was quickly followed with the team’s first World Cup qualification in 1990. 1990 was the Irish national team’s best World Cup performance to date, they reached the quarterfinals finishing 8th overall.

The Ireland team have since been seen at two more European Championships 2012 and 2016 where they finished in the Group Stage and Round of 16 respectively. Ireland have also had two more World Cup outings in 1994 and 2002 being knocked out in the Round of 16 on both occasions.

Following their success of the 1980’s and 90’s the irish suffered a decline in football performance. However, Euro 2016 seems to have been a turning point with high hopes for the team’s future, and increasing demand for the Ireland jersey. Drawn in a tough qualifying group alongside the World Champions Germany, Ireland won 5 games, drew 3 and lost 2 to finish third in Group D and advance to the play-offs. Here they beat Bosnia and Herzegovina 3-1 on aggregate to secure their spot in the finals.

In Euro 2016 Group E Ireland faced off against Italy, Belgium and Sweden. With a draw and a loss in their first two games, and the Italians still to play many commentators thought it unlikely that Ireland would feature in the knockout stages of the tournament. An 85th minute goal catapulted them into the knockout stages to the delight of green and white clad supporters.

Drawn against hosts, France, it would have been a tall order to see the irish reach the quarterfinals. The put up a valiant fight going 1-0 up in the 2nd minute, but ultimately it would be the French who would proceed winning 2-1. A fantastic performance under the leadership of Martin O’Neil raising hope that the national squad will feature strongly in upcoming European Championship and World Cup tournaments.

The New Kit Designed Is by Umbro

Umbro is the long-term supplier of the Irish kit. The team’s Ireland football shirt, shorts, socks and training kit have all featured the iconic Umbro logo since 1994. The current agreement between Umbro and the Irish Football Association will last until at least 2020.

The Ireland football shirt has always featured the country’s colours of green and white. The shirt is primarily green with white trim, and teamed with white football shorts and green socks. The away kit generally reverses these colours being predominately white with green accents. Orange highlights are often used as a nod toward the Irish flag, and in 1997 an orange away shirt was launched.

We are supplied directly by Umbro and only stock official home and away Football shirts. We stock the home and away styles in a range of sizes from junior to adult. We aim to keep our prices low and we offer worldwide delivery options, so take this opportunity to pick up your official Ireland jerseys and get ready to support the national team during their next friendly, qualifying or tournament fixture.