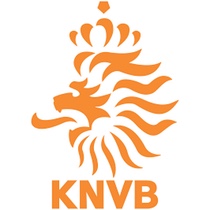 Here is the Netherlands Home Kit shop. The Netherlands football team is also commonly known as the Holland team. At Soccer Box we stock the all of the official Nike team kits, including the Netherlands home shirts, shorts and socks in adults and kids sizes.

The Netherlands Home Football Kit Can Be Ordered Today While Supplies Last!

The Holland home jersey is always orange, sometimes the shorts match but regularly black or white shorts are chosen instead. The Holland home kit is completed with the socks that are usually orange, but occasionally the team choose to wear blue socks.

Nike manufacturer the current Netherlands kit. Nike has been the team’s kit supplier since 1997, and the deal will remain in place until at least 2018. The Netherlands home jerseys look great with the famous Nike Swoosh, a great partnership for a top team!

Soccer Box is supplied directly from Nike, the Netherlands football kits we stock are official team merchandise. Shop for yours and cheer on the team at every game.

The Netherlands national team has had an eventful history, they currently hold the record for playing in the most World Cup finals without winning any. For the 2018 World Cup we hope to see a change, so order the latest home or away kit to pledge allegiance to your beloved nation to encourage a first win of the World Cup.

The 1970s was the Netherlands football team’s most successful period to date. During this time the team mastered the art of Total Football. This is team tactic where any player can take on any position on the pitch, instead of having a set formation the players move around in coordination with each other.

The brand new Nike Holland home kits are in stock now at Soccer Box. You may prefer to order the Netherlands away kit that are also available. Explore the store and order your Netherlands football kits using the secure online order form, or call our customer service team. We offer a variety of shipping options including international and express for your convenience.