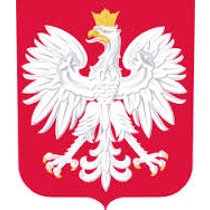 Welcome to the Poland shirts and jerseys store at Soccer Box. This is the place to shop for the latest Poland soccer kits and accessories. We stock the Poland home and away jerseys, shorts and socks and we also offer personalization options for popular football players such as star striker Robert Lewandowski.

With the arrival of Lewandowski into the squad the Polish national football team has become phenomenally popular over recent seasons. Whether you want to support this star striker, or have a passion for national team you can shop for a Poland jersey and other accessories here at Soccer Box.

Since 2009 Nike has manufactured the Poland football kits. We are a licensed supplier of Nike merchandise and the Poland shirt, kits and accessories in are online store are official products. We aim to stock a wide selection of team merchandise so pick up your Poland jerseys and more while supplies last.

Variety of Poland Shirts Available to Order & with Personalization!

The Poland home and away kits are designed to coordinate with the colors of the Polish flag, which are red and white. The Poland home shirt is generally white in color with red accents, the away Poland soccer jersey reverses this color scheme but often includes no white detailing.

The Polish football crest features an image of an Eagle. Nike football kits often incorporate details that reflect the culture and heritage of the country to which they pertain. As such Nike often uses the Eagle in some way in the design of the Poland soccer jerseys. For example the Euro 2016 shirt featured a diagonal stripe pattern that subtly spreads outward from the left corner of the soccer jersey, this is a reflection of the Eagle’s wings when in flight.

The Poland national football team played their first International in 1921. The most successful time in the team’s history was during the 1970’s and early 1980’s, when they scored two third place finishes at the FIFA World Cup. They reached the group stage of the European Championships in 2008 and 2012, but these are the only tournaments to feature the Poland football shirts to date, the team qualified for Euro 2016.

If you are a fan of Polish football of course the Poland shirt is the perfect choice. But we would also like you to know about the extensive range of shirts and kits that we have available for other club and national football teams, including Premier League, Spanish La Liga, Bundesliga and much more. Use the category menu above to navigate to a desired team!

Remember when you order a Poland football jersey from Soccer Box you will be using a secure online shopping cart and have the option of multiple UK and worldwide shipping options. Place your order and get ready for the next Polish friendly or International fixture.