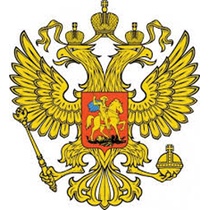 This is the Russia football shirts and jersey shop at Soccer Box. Here you can shop for the latest team Russia Shirt and a selection of accessories, perfect for supporting the Russian national soccer team at FIFA and UEFA tournaments. This giant of Eastern Europe has had it’s own national team since 1992, following the break-up of the Soviet Union, and as such does not have the long history of some other teams. Despite their newer status, the squad has been a frequent attendee of UEFA European Championships, and has also made three appearances at the FIFA World Cup since 1992.

Since 2008 German kit manufacturer Adidas has produced the national shirts and strips. Soccer Box is a licensed supplier of Adidas merchandise, and you are shopping for genuine jerseys and accessories. We offer tax-free shopping outside the EU, and our fast worldwide shipping options enable you to order the latest tops from around the globe.

In 1992 when they played its first game the team wore a white home kit, and for the first 14 years the home top was generally white, and often teamed with either red or blue  shorts. In 2006 a red home soccer jersey was introduced, and the team’s home strip has been primarily red ever since. To begin with it was a bright pillar-box red, however, in 2009 and also in recent seasons Adidas has opted for a darker burgundy red color scheme for the home kits.

Be Prepared for the 2018 World Cup hosts with a Brand New Russia Jersey!

In contrast the away Russia soccer jerseys were often blue in color and occasionally red, however since the inception of the red home shirt in 2006 the away color scheme has been white. Whether you prefer the red home strip, or the white away soccer jersey you can order your top in a full range of adult sizes from our online store.

The next few year’s are due to be huge for Russian football, and football in Russia generally. The team has secured qualification for Euro 2016 and will be hoping to better their best performance so far, which was a semi-final finish in 2008. In 2018 they will play host to the FIFA World Cup, following the success of Brazil 2014 soccer fans around the globe are already gearing up for this major tournament. As hosts the national team have secured automatic qualification, and will be hoping to exceed their previous performances by getting beyond the group stages. As host of the World Cup, Russia will also be hosting the Confederations Cup in 2017, and have once again qualified as hosts, this will be their first outing in the Confederations Cup.

Root for the Russians and shop for the Russia jersey and accessories now. At Soccer Box we also supply shirts, strips and other merchandise for a huge array of club and national teams around the globe. Why not explore our store using the menus provided.

Our online shopping cart is fully secure, and we use SagePay payment processing for your additional security. We have a range of shipping options including next day UK and speedy International. Make us your first stop for all tops, strips and accessories - hassle free shopping is always available at Soccer Box!