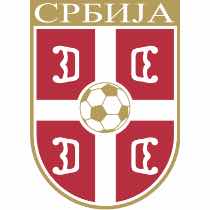 If you are looking for the latest Serbia football shirts you are shopping in the right place. Here we stock the official Puma Serbia home and away jerseys. Get ready for the upcoming 2018 World Cup and order your Serbia shirt today. We only stock official merchandise supplied directly from Puma. We strive to keep prices low and offer worldwide delivery options, get your Serbia jersey while stocks last.

Serbia has taken part in International football tournaments as an independent country since 2006, but history of the sport goes back to the 1920’s. During their history, under guises of other names, the country has had some great performances at FIFA and UEFA competitions. Here at Soccer Box you can shop for official Serbia football shirts as the team aims to qualify for the next big International football tournament.

In FIFA World Cup competition the best result to date for the Serbian national team was in 1930 when they played as part of the Kingdom of Yugoslavia, when they reached the semi-finals. They equaled 4th place under the name of SFR Yugoslavia in 1962. Since becoming independent Serbia they have failed to qualify except in 2010 where they were knocked out at the Group Stage, but did beat previous champions.

Since becoming Serbia the country has also had little success in the UEFA European Championship, however in 2016 they qualified for the first time in 16 years. Their best performance was as part of SFR Yugoslavia in 1976. Fans shouldn’t despair though, 2016 saw some good performances from the Serbian national team, a great reason to pick up an official football shirt today, especially for upcoming tournaments.

As with changing names fans of the Serbian team has also seen a change of kit. Under the guise of Yugoslavia the team wore a blue football shirt with white shorts and red socks. As Serbia and Montenegro the kit was similar, but featured a darker shade of blue jersey. But, with the independence of Serbia a red home shirt was introduced, this has been teamed with blue shorts and white socks.

Following a stint with Umbro from 2014, Puma has now joined forces with Serbia and now produce the teams match day football shirts and kit. A white away jersey has accompanied the red home shirt in recent years offering fans several options when showing their support for the Serbian national football team.

As official Puma merchandise the Serbia jerseys look fantastic, they are made to the highest standards and include sporting technology for comfort and performance on and off the football pitch. Whether watching the Serbian team or playing football yourself these shirts are a great purchase for sports or casual wear.

Here at Soccer Box you can shop for the Serbia football shirts as well as a small selection of team accessories. Cheer the team on to qualify for the next World Cup. We are supplied directly by Umbro ensuring that you are shopping for a genuine team jersey. We strive to keep our prices low, and we offer worldwide delivery options to ensure a hassle free shopping experience.