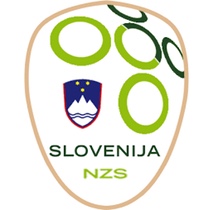 Originally part of Yugoslavia the Slovenian national football team played their first independent match in 1991. The team has been eligible for World Cup and European Championship qualification since Euro 96, bringing the Slovenia Football Shirts to the attention of global football fans. Here at Soccer Box we stock the official Slovenia jerseys, and offer worldwide shipping options, so order your Slovenia shirts while supplies last.

Since the country’s independence Slovenia has qualified for two FIFA World Cup finals, in 2002 and 2010, but has yet to get further than the group stage. And they have secured one European Championship qualification in 2000, one again being knocked out after the group stage. Now is the time to pick up a team Slovenia jersey and cheer Slovenia toward qualification in upcoming International tournaments.

Changing Colours of the Slovenia Shirts

Following their independence the Slovenian Football Association adopted a white, blue and red colour scheme to coordinate with the national colours of Slovenia and the country’s flag. However, much to the consternation of many fans the football association changed the colours to green and white. These colours represent the capital city Ljubljana, and also Slovenian football club NK Olimpija.

Many fans refused to wear the green and white football shirts, and campaigned for a return to the original kit colours, as they represented the entire country as opposed to one small area. In 2009, a new Slovenian FA board voted to return the kit colours to the original white, blue and red. Kit supplier Nike reintroduced these kit colours in 2012.

White is now the traditional colour for the Slovenia home jersey however, with Nike at the helm of manufacturer the set colour scheme is still subject to change. For instance the 2016/17 incarnations of the Slovenia football shirts include a baby blue home jersey, and a green away shirt.

The Slovenia national team does not have a set stadium where they play all their home fixtures. Instead, they spread games out across different stadiums country’s two biggest cities. This gives fans from around Slovenia the opportunity to don their team Slovenia soccer jerseys and show their support.

If you are looking for a Slovenia shirt you are shopping in the right place. We stock the official home and away Slovenia jerseys, in adult sizes from Small - XX-Large. We are supplied directly from the Nike European distribution centres guaranteeing that you are ordering genuine merchandise.

There is always an upcoming International qualifier, tournament or friendly fixture so take this opportunity to order your Slovenia football shirts before we sell out. We aim to keep our prices competitive, but look out for discount coupons at the bottom of the screen to get even better value. Remember we offer worldwide delivery, so don’t delay these jerseys are selling fast, place your order now!