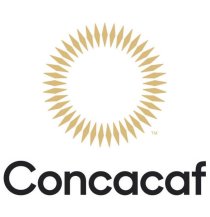 Therefore, you are able to pick up authentic replica North and Central American football shirts for the current and previous seasons here at Soccer Box. Supplied directly from the manufacturers, we are able to offer these official jerseys in a range of adults and children’s sizes to suit the whole family. Shop our fantastic array of soccer jerseys below now!

Mexico was the founding country for CONCACAF which was established in 1961. And they have subsequently become the best performing country in the federation, leading to the sales of Mexico football jerseys to be rather popular. Mexico, Cuba, United States of America and Costa Rica are the only members to have competed in World Cup finals. However, the growing support for the game, as well as increasing participation at grass roots level is seeing a fast changing environment for the game of football within the CONCACAF region, and we expect that these are teams to look out for in upcoming World Cup tournaments.

Not forgetting the Ladies game, in which the United States of America is becoming a dominant force having won medals in women’s World Cup, Olympic and Algarve Cup tournaments. In fact, dominance in women’s football is pushing the entire sport to a new level throughout the USA.

The Gold Cup is the big CONCACAF national tournament; it is held every two years and generates significant interest within North and Central America as well as substantial revenue for CONCACAF. This competition is of course another opportunity to wear your team’s football shirt with pride and show patriotism to your country’s national football team.

Within the Gold Cup there have been a number of victories, with Mexico being the most standout winner with excellent player performance. As the popularity of football increases in this area, and the finances begin to catch up with other FIFA Confederations we would expect to see even fiercer competition in upcoming tournaments. See below the breakdown of the countries results over the years in the Gold Cup:

Manufacturers of the American Jerseys

Particularly during World Cup tournaments interest in the game and demand for supporter gear such as football shirts increases exponentially. But don’t wait for the next big competition CONCACAF national sides also participate in a qualifying tournament prior to each World Cup, which can produce some tense and exciting fixtures. Take a look at the jerseys we have available and order now, there are national team fixtures planned throughout the year so your next opportunity to cheer on the squad won’t be too far away.

As football in North and Central America is still emerging, we find that there is not a significant manufacturer leading the way. Therefore when browsing through our stock here at Soccer Box you will find authentic replica jerseys from a range of sports brands listed below:

Whether you are a lifelong supporter of one of the North & Central American national teams, a follower of the Gold Cup or following the tidal wave of support for a World Cup contestant take a look at the football shirts available at Soccer Box. We offer worldwide shipping, and only stock official merchandise so place your order and get ready to cheer on your team at the next big match.

Along with high quality replica soccer jerseys for the North and Central American national football teams, we also stock a vast range of accessories and souvenirs adorned with the team’s crest and flag. Bring your passion for international soccer and country pride into your day to day essentials as well as your match-day apparel and training wear by buying a top quality souvenir from us today. The selection of gear available to order today is listed below:

A football scarf is a great way to show off your national team support a number of ways. From holding it up like a banner in the stands at tournaments, to wrapping up warm in the winter or displaying it in your bedroom, a scarf is a highly versatile item of merchandise.

Footballs are a fantastic way to perfect your skills on the pitch just like your idols. We often have soccer balls available for the specific tournament taking place that year i.e. the World Cup, and we also have team exclusive designs such as the Mexico national squad.

And finally, backpacks are an essential for carrying your everyday gear with you. Whether you are attending a training session, the gym or going back to school, don’t be caught out without a fabulous quality rucksack.

Here at Soccer Box all of our football shirts have been sourced directly from the respective manufacturers. This therefore allows us to validate the authenticity of our stock and provide our customers with a high level of satisfaction in the quality of their purchases. Therefore you can be certain that you are going to receive a genuine replica shirt for your beloved American country when shopping with us today.

You are also able to take advantage of our fantastic array of delivery methods which operate all over the world to get your parcel to your doorstep as fast as possible. Choose from DHL, DPD and Royal Mail at the checkout and you can be wearing your new soccer shirt in no time!

We also offer a fantastic opportunity to get the best deals before anyone else when signing up to our free newsletter. All you need to do is input your email address into the form below and you can be benefiting from our exclusive VIP features imminently. Just some of these amazing aspects of becoming an email subscriber are priority access to sales, notifications on product launches and unique coupon codes.