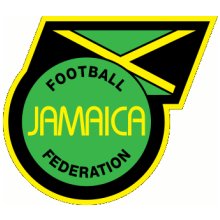 You are now viewing the Jamaica Football Shirts and Jerseys store here at Soccer Box. Below you will find a fantastic range of sportswear adorned with your country’s emblem for you to wear with ultimate pride. Supplied direct from the respective manufacturer, we are able to offer this authentic replica apparel in a range of men’s and children’s sizes. Take a look today and fill your cart with amazing value sportswear without the worry of delivery restriction as our rapid international shipping methods aim to reach a number of countries imminently.

History of the Jamaican Football Team

In 1925, the Jamaican soccer club played their first international fixtures against Haiti for a three match series, and won all of the games 1-0, 2-1 and 3-0. And following this success they went onto beat them again in 1926 when they hosted the Haiti national club at Sabina Park and won an impressive 6-0. From then on Haiti and Jamaica were to face each other a number of times and soon became common opponents.

Jamaica is the birthplace of Reggae and is home to successful artists such as Bob Marley. And the national team brings this historic fact into their club by adopting the nickname ‘Reggae Boyz’ which can be seen on the rear of the football shirts.

Although the club started off hosting their home football games in the cricket pitches of Sabina Park, the current squad calls their home – Independence Park. This stadium was built in 1962 after Jamaica gained independence which inspired the naming of the venue. Seating over 35 thousand spectators, this stands of this stadium will be full of the signature yellow and green home shirts of Jamaica when they play home fixtures.

Looking back at the historic achievements of the Jamaican national football team, their most successful tournament has been in the Caribbean Cup. Within this set of games they have acquired and impressive 6 wins from 1991 to 2014. They have also placed second in this tournament three times, and have also been runners up in the CONCACAF Gold Cup in 2015 and 2017.

Although this national team has been reasonably successful within the American and Caribbean tournaments, they haven’t fared so well in larger international competitions such as the World Cup. They have only managed to qualify for one tournament which was back in 1988 where they placed 22nd after being knocked out in the group stages. Other than that season they unfortunately had a mixture of withdrawals due to squads and funding along with their inability to qualify. However, with their latest successes in the Gold cup and the Caribbean Cup, are we expecting to see them taking part in the 2022 World Cup in Qatar?

In December 2017 Umbro announced that they have signed a contract with the Jamaican national football team to produce their sportswear and accessories for the upcoming seasons. Set to last for four years, this partnership will see them into their 2022 World Cup campaign. However, no financial details of this collaboration have been released to the public, but we do know that the kits will be manufactured for the men’s and the women’s national Jamaican squads.

Before the Jamaican national soccer club began their latest collaboration with Umbro, they have worked with a number of football clothing manufacturers. As seen below, their longest contract appears to be with Uhlsport which lasted four years. However, they have also partnered with Kappa twice over the years which total to three years together.

Why Purchase Your Jersey from Soccer Box?

When completing your order with us here at Soccer Box you will receive a high level of satisfaction knowing that you are guaranteed to receive the real deal as all of our stock is purchased direct from the manufacturer. Therefore as the authentic integrity of the garments has been safeguarded, you are able to shop with confidence when ordering your new Jamaica home shirt.

Along with this, we also offer a large variety of international shipping methods which will deliver your new soccer jersey direct to your door – no matter where you live. Therefore you can be wearing your national team’s crest on your chest imminently after your parcel leaves our warehouse.