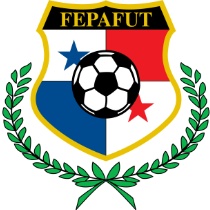 Welcome to the Panama football shirts shop at Soccer Box. Here you can order your official New Balance Panama jersey in time for the 2018 World Cup. That’s right 2018 will see the Panama national football team participate in their first ever World Cup finals. Celebrate in style and order your Panama shirt while supplies last.

We are supplied directly by New Balance and only stock official merchandise. With the Panama home and away football shirts available make us your one stop shop for all team gear. The 2018 jerseys look fantastic and feature the latest NB performance technology, they are available in adult sizes so grab yours before they are gone.

History of the Panama National Team

Panama has a long history of International football, playing their first match in 1938 against Venezuela, a game they won 3-1. The team were part of the first ever CONCACAF Championship in 1963, they didn’t enter the competition again until it converted to the CONCACAF Gold Cup in 1993, where they have featured in every tournament since. Their best result to date is runner-up in both 2005 and 2013.

Panama has entered the qualification stages for every edition of the FIFA World Cup since 1978, but 2018 marks the first time that the Panama football shirt will be on display during the final tournament. The team finished third in the CONCACAF World Cup qualification tournament securing their place at Russia 2018, an achievement so monumental to the country that a Bank Holiday was immediately declared for the day after their qualification in order for a celebration to take place.

For fans sporting the Panama soccer jersey all eyes will be on Group G in the opening stage of this years most anticipated football competition. Panama will need to finish in the first or second place to secure advancement to the next stage of the tournament, and will play three matches, one each against Belgium, Tunisia and England.

In reality this is a tough group for Panama, in which they are the rank outsiders. The other three teams topped their respective groups and all rank higher in the official FIFA Rankings for national football teams. However, fans in the Panama shirt are sure to be out in force cheering on their team with hopes of a ‘Cinderella’story in the making. Look us up on social media for updates throughout the tournament, and to share your thoughts of the Panama team’s performance as well as pictures of you sporting the latest home or away jersey.

Colours of the Panama Football Shirt

The flag of Panama is red, white and blue, and these colours are proudly reflected in the designs of the country’s football shirt. The home jersey is primarily red with blue accents, and the away shirt is white also featuring blue accents. The New Balance designs for 2018 proudly display the heritage of the country and are inspired by the national bird, the Harpy Eagle, the skyline and the national anthem. Wherever in the world you are the current edition of the Panama shirt is a must for every supporter and is sure to sell out quickly.

Hurry and place your order for the latest Panama football shirts today. We only stock official merchandise, we keep prices competitive and we offer fast worldwide delivery options. Just three reasons to make Soccer Box your first choice for all your team jerseys and kits.