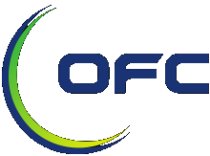 From the continental region of Oceania we stock football shirts for both Australia and New Zealand. Australia is actually a member of the Asian Football Federation choosing to leave the Oceania Football Confederation (OFC) in 2006 in order to participate in more competitive matches. To date New Zealand remains within the OFC, however, it has been agreed that they can join the South American confederation of CONMEBOL should they apply.

Wearing your team’s football shirt is the ideal way of supporting the team as well as the growth of football throughout the Oceania region. We stock authentic jerseys for both Australia and New Zealand. We are supplied directly by the manufacturer offering you the opportunity to purchase official merchandise at a great price. We offer worldwide shipping options, and tax free shopping outside the EEC, so take a look at the products available and place your order online today.

The OFC is made up of small islands, in which football is not a predominant sport, and therefore the OFC has little power in the worldwide game. The OFC organizes World Cup qualification games for members as well as the four yearly OFC Nations Cup tournaments.

The Oceania Football Confederation is made up of small islands, in which football is not a predominant sport. Therefore the OFC has very little power when it comes to achieving a high ranking in the worldwide games like the FIFA World Cup. But prior to the global tournament, the OFC organises a set of World Cup qualification gamed for its members along with their OFC Nations Cup tournaments.

When looking at how the Oceania countries have performed in the World Cup, we can see that they most certainly struggled in most recent years. However, in 1974 and 2006 Australia managed to reach the World Cup finals, securing a Round of 16 spot. New Zealand had also qualified twice in 1982 and 2010, but never managed to get past the group stage. Passion for football in both Australia and New Zealand runs high, with support from their respective national teams gaining in momentum throughout qualifying tournaments and play-off fixtures.

As previously mentioned above, the OFC Nations Cup is played every four years, however prior to 2006 it took place every two. When reviewing the results of this tournament we can see that only three countries have ever won the tournament. The most successful of these are New Zealand who has been crowned champions on 5 occasions, and considering there have only been 10 tournaments this is quite the achievement. Although they are now exempt from the OFC after moving to the AFC, Australia is the second most successful team in the cup. They have taken the trophy four times in total. And finally, the last country to win was Tahiti who gained the title once. Here is a breakdown of these results:

Here at Soccer Box we stock a range of football shirts for countries located in Oceania. The most popular brand is Nike who currently produces the New Zealand and the Australia jerseys. However, there are also a collection of manufacturers who also create fabulously designed soccer shirts for countries in the OFC. Below is a list of the clothing companies who are currently working with the Oceania national teams to produce high quality apparel:

Within this category you can not only pick up supreme quality replica football shirts, but we also stock a number of accessories adorned with the national team’s emblems. Souvenirs are a great way to introduce your team pride into your everyday life without having to don a jersey day to day. Sourced from official merchandise suppliers, you are guaranteed to get the best quality gear when shopping with us today. Here are the types of accessories you can buy from us:

A flag is a creative way to show off your national pride during worldwide and OFC tournaments. Measuring approx. 5ft x 3ft, this large flag can be showcased in your bedroom with ease by taping or hanging it on your wall. You also have the option to mount this flag on a pole or take it with you to matches to hold up as a group or drape over your back like a cape.

And if you are interested in participating in the sport whether it is recreationally or professionally, we also have footballs available for you to order. These soccer balls are decorated with the emblems of the worldwide tournaments and come in a size 5. This sizing is the match standard which is used by the pros, therefore they are recommended for older children to adults. However, we do also have size 3 and 4 available in different styles and teams found within the footballs category.

Ordering Your Oceania Sportswear and Accessories at Soccer Box

If you have a passion for football and support one of the national teams from the Oceania region take a look around our store today. And if you hail from Australia, New Zealand or another country within the region and support club or national teams from other parts of the world remember we stock shirts, shorts, socks and kit for hundreds of football teams.

If you have any questions regarding products, sizing, shipping or anything else do not hesitate to contact our customer service team by phone during business hours, or email at other times, you can expect a response with 24 hours and usually much faster.

We acknowledge that supporters of the OFC teams are situated within those countries as well as all over the world. And this is why we offer such a vast range of shipping methods catering for supporters globally. With express options via DHL and DPD to Royal Mail and a local click and collect method, you can be wearing your new football shirt in no time.

You can also sign up to our free newsletter and become part of our email subscription club. Just by simply entering your email address below you can receive a number of fantastic opportunities direct to your inbox. Just some of the things you can look forward to are exclusive access before anyone else to our sales, receive notifications when new kits are launched, and you can also have a unique coupon code to use on your next order with us!