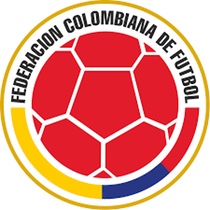 You are in our Colombia football shirts and soccer jerseys online store. At Soccer Box you can kit yourself out in all the latest Colombia jerseys and football kits, and other related Colombia gift merchandise.

The Colombia football kit and training wear range is manufactured by Adidas. Here at Soccer Box as we have a direct account with Adidas we are supplied direct from the Adidas warehouse so you can be assured you are shopping for authentic Colombia soccer jerseys.

Colombia has a proud history of developing great football players. The Colombia national football team celebrated their most successful period during the 1990’s. They famously beat their close neighbours 5-0 that was celebrated to great effect on the streets of Colombia.

At a total of 58 caps Abel Aguilar is the most capped player on the Colombian squad, also scoring a total of 7 goals for his national team. Abel is a midfielder and has played for his country since the age of 17 and has helped the Colombia team to numerous victories such a three group-stage wins. So maybe you're looking for a Colombia football shirt to pledge allegiance to your nation as well as this outstanding player!

The Colombia football team’s best performance is during the 2001 Copa America tournament. Colombia hosted the competition and won the title and famously did so without losing a game. In fact their defence were outstanding and they did not even concede one goal in the whole competition.

After their glory years Colombia has struggled and did not qualify for the 2002, 2006 or 2010 FIFA World Cup, but did however qualify for the 2014 World Cup leaving us hopeful that they will also qualify for the upcoming 2018 World Championships. With Colombia rising up the rankings and use to the extreme weather conditions of South America many people think fans wearing their Colombia soccer jerseys may be celebrating.

At Soccer Box we are proud to stock an extensive range of Colombia football kits, shirts, jerseys and merchandise. Adidas have released the brand new Colombia home shirt that will be worn by the players at the 2014 FIFA World Cup. We already have the football shirt available at Soccer Box and can offer a fast worldwide delivery service ready for you to support Colombia at the 2018 FIFA World Cup in your Colombia football shirt.

The new Colombia jersey is a classic short sleeved shirt that will look and feel great when supporting Colombia at the World Cup. Designed in the classic Colombia colors with a striking striped pattern you should order your shirt today to avoid disappointment.

South American football players are famous for their attacking style and passionate displays on the football field. At Soccer Box you can support a range of South America nations including the power house teams of South America, North & Central America as well as many European teams.

Browse our Site and Order that Perfect Colombia Football Shirts and Jerseys Today!