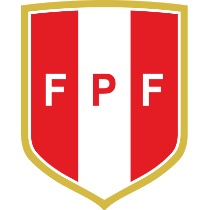 Here you can shop for your Peru football shirt, we stock the official Umbro Peru jersey in kids and adult sizes. The Peru national team will be part of the 2018 World Cup finals and this is your opportunity to order the teams latest shirt while supplies last. Get kitted out ready to show your support, and shop for the official Peru shirt here at Soccer Box.

Peru is a South American football team, and part CONMEBOL. The country has had a national team since 1927, when they played their first International losing to Uruguay. 2018 will mark the fifth appearance of the Peru football shirt at a World Cup finals, the team also secured entry to the finals in 1930, 1970, 1978 and 1982.

The Peru jersey has featured much more frequently in the Copa America football tournament. To data the Peru squad has played in 31 tournaments, winning twice in 1939 and 1975, and playing as host nation on five occasions.

Football is a the most popular support in Peru, with fans turning out in style to cheer on the national team. With 2018 marking the team’s first appearance at the World Cup finals for over thirty years we can expect the Peruvian supporters to be in high spirits, and to be making their team allegiance clear by wearing the Peru kit, and adorning themselves with flags, scarves, hats and other team memorabilia.

Colours of the Peru Shirt

The colouring of the Peru kit is reflective of the red and white national flag. Both the home and away football shirts adopt the same style with a diagonal stripe running from the left shoulder to right hip. The Peru home jersey is white with a red stripe, and the away shirt reverses these colours.

Over the years the Peru colours and styling has drawn attention from football pundits, with the kit being named attractive, beautiful and striking on numerous occasions from the 1970s onwards. In 2010 an ESPN list of the Best World Cup jerseys of all time ranked the Peru 1978 shirt at number 1 in the list.

The Peru home shirt is usually teamed with white shorts and football socks, while the away jerseys is styled with coordinating red shorts and socks.

Manufacturers of the Peru Football Kit

Over the years the Peru strip has been manufactured by a multitude of different companies. Adidas was the first branded kit, this was launched in 1978. Other well-known manufacturers include Diadora, Puma and Umbro. The team has also sported jerseys designed by smaller, and local companies particularly during the 1980’s and 90’s.

Since 2010 Umbro have been designed and producing the Peru shirt, however, the most recent 2018 kits mark the last iteration in their contract with the British sportswear producer. From August 2018 an Ecuadorian company Marathon Sports will take over the role as manufacturer of the Peru national soccer kits.

Shop for your Peru jersey

We are supplied directly by Umbro and you are shopping for the official Peru football kits. We stock kids and adult sizes, but supply is limited, so don’t miss this opportunity to place an order today. We offer fast worldwide delivery options, secure online checkout and exceptional customer service should you need to contact us before, during or after placing an order.