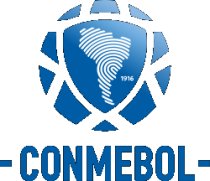 Football is exceptionally popular in South America and has been for many years. The South American Football Confederation (CONMEBOL) is the oldest of the FIFA confederations, the smallest, and is widely considered as one of the most successful. With teams such as Brazil, Argentina and Uruguay falling into the CONMEBOL confederation it is clear to see why.

Therefore within this category you can find all of the national soccer jerseys and kits for most South American teams. All of our stock is shipped direct to us by the respective manufacturer to confirm its authenticity that is why we are able to offer an outstanding selection of children’s and adults sizes. Shop through our collection of sportswear now and head to the checkout while supplies last!

As the South American national football teams are very popular due to their domination of the international and national tournaments, we offer a variety of gear for each of the countries. Therefore within this category you will come across a wide range of sports clothing and merchandise adorned with your beloved team’s crest. Sourced direct from the likes of Adidas, Puma, Nike and Umbro, all of our products have been supplied straight to us from their distribution centres. As a result of this we can guarantee that these products are 100% authentic. Listed below are the types of clothing and gifts you can buy from us today:

Whether you are supporting your home nation, or showing support for your favourite football player choosing to cheer on a South American team will always ensure excitement during every football tournament. But, it is not only at the World Cup that the talented footballers don their national team jerseys. There is also the qualifying tournament, which is viewed as the hardest of any of the FIFA confederations. Looking through the historic data from previous World Cup tournaments we can see that the following South American football teams have won the games valiantly:

The ten members of CONMEBOL are Argentina, Bolivia, Brazil, Chile, Colombia, Ecuador, Paraguay, Peru, Uruguay and Venezuela. Of twenty World Cup tournaments to date the trophy has been awarded to a South American national team on nine occasions. Brazil can lay claim to being the most successful nation with 5 trophies to date, Argentina and Uruguay have two each.

The CONMEBOL tournament is the Copa America. Initially participation at the Copa America was only for South American nations, but it has now expanded to include some North American and Asian teams. Copa America is a long running, prestigious tournament, and one of the most watched throughout the world. Uruguay, Argentina and Brazil are the most successful Copa America countries with 15, 14 and 8 titles respectively. Despite entrants from other confederations the only countries to win the Copa America all hail from CONMEBOL.

A relatively young tournament which the South America national teams take part in is called the FIFA Confederations Cup. This was established in 1992 and the first ever games were hosted in Saudi Arabia. Reviewing the previous fixtures, the FIFA Confederations Cup was scheduled every 2 years; however as of 2005 they spaced it out further to every 4 years. The CONMEBOL squads have done excessively well within this tournament and have won the 1st place trophy 5 times between them. Below is a breakdown of the dates in which these have been acquired:

Many of the members of CONMEBOL can also lay claim to producing some of the best football players in the history of the game. Obviously Argentinean forward Lionel Messi springs to mind, and orders of Messi 10 emblazoned Argentina shirts are popular around the globe, and every year not just when the World Cup rolls around every four years.

Of course other names have ingrained the history of the game from Pele to Diego Maradona, Carlos Tevez to Neymar Jr. South America seems the place to look for exciting talent on the football field, and support for these player’s national teams spans the globe.

We stock jerseys for many of the CONMEBOL member nations. Brazil and Argentina are most popular, but Luis Suarez’ skill at Camp Nou is increasing demand for the Uruguay shirt. And exceptional performances with standout players for both Chile and Colombia at recent tournaments have also ensured that those team jerseys are in high demand.

You can buy a range of South American national team jerseys here at Soccer Box. And we also offer a printing service on a few select shirts for key players. This is available for a small additional fee and is guaranteed to give you that authentic special feeling whenever you put the top on to watching your country play.

It is clear to see that passion for football throughout South America runs high, and passion for CONMEBOL national teams is worldwide. Here at Soccer Box we offer worldwide shipping options ensuring that wherever you are you can order South American shirts. So whether it’s a Brazil shirt, Argentina training top or Colombia jersey, take a look around our online store and pick up your official football jerseys today.

Don’t forget that you can also join our VIP club by signing up to our newsletter for free. This will provide you with exclusive access to coupon codes and notifications when new shirts are launched. As a valued member of our newsletter subscription you will also gain priority access to sales before anyone else. So sign up today and receive these fantastic benefits direct to your inbox.