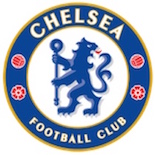 Shopping for the latest kit for Chelsea football club is easy at Soccer Box. This is our Chelsea football kit store and here you will find the latest match day shirt, shorts and socks in junior and adult sizes, as well as training kit and a fantastic range of team accessories. Browse our online store and fill your shopping cart with the official Chelsea kit. We are supplied directly by Nike guaranteeing that you will get genuine merchandise when you order from us. We offer worldwide delivery options so don’t delay, order today and be wearing your brand-new Chelsea football kit in no time.

Why Pick the Chelsea Kit?

Chelsea football club has a long and vibrant history since their formation in 1904. However, it has been since the turn of the century that Chelsea FC has really made its mark on English football. The club can lay claim to winning trophies in the 50’s, 60’s, 80’s and 90’s but their most consistent year-on-year success streak has been from the year 2000 to the present. Lifting trophies in both domestic and European competition the Chelsea kit is recognised around the globe as the kit of one of the best football teams in the world. Below is a run-down of the honours achieved by Chelsea FC:

Why the turnaround in fortunes? The success of Chelsea football club seems inextricably linked to a change in ownership and finances. In 1996 Chelsea FC was floated on the stock market and in 2003 Roman Abramovich purchased a controlling stake and took ownership of the club back into private hands. Under the ownership of Abramovich Chelsea has flourished, the club and kit have become a global brand attracting supporters from around the world.

American sportswear manufacturer Nike is the current supplier of the Chelsea football kits. Nike design and manufacture the home, away, third and training kits along with a selection of fan accessories. We are supplied directly from the Nike European distribution centres guaranteeing that you are getting the official jersey, shorts, socks, training gear and other merchandise when you shop with us.

Chelsea football club made a surprise kit deal with Nike that began in 2017. At the time Chelsea were in a long-term kit deal with Adidas, it was by mutual agreement to end that deal early allowing Chelsea to team up with Nike in a deal worth £900m over 15 years, we therefore, expect to see the iconic Nike Swoosh adorn the Chelsea football strip until at least 2032.  Below you can take a look at who else has manufactured the Chelsea strip and during what periods

With each new football season there will be staged launches of all the new kits. The Chelsea home kit is the most highly anticipated and most popular if the team’s strips, and you can shop for yours right here with us. In addition to the home strip there is also launches for the away and third kits, as well as training gear. Whichever item of team kit you are looking for you are sure to be able to purchase it here at Soccer Box, we have all the kit in kids and adult sizes, but stock is limited so order today.

The Chelsea football kit has been worn by some of the best football players in the world, here we pick out some of our most notable players from over the years. Why not get in touch with us over on social media and tell us if you agree or disagree with our choices and tell us who your top 5 Chelsea players would be.

Whether it is the little kids kit, an adult shirt or a backpack we have all the latest, official Nike Chelsea kit that you need. Simply pick the Chelsea shirts, shorts, socks and other items that you require and add them to your cart. Checkout online for fast, secure and hassle-free shopping. We offer worldwide delivery options for your convenience. Take a look at our 5-star Trustpilot ratings and reviews from recent customers and why not consider leaving us your own review after completing your purchase and receiving your new Chelsea football kit.