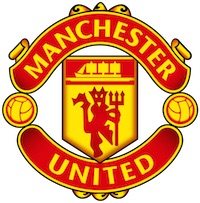 The goalkeeper kit for Manchester United is always a popular choice particularly among junior supporters, so take this opportunity to shop the latest merchandise here. This is our Manchester United goalkeeper kit store, and here you can order the official Man Utd goalie shirt, shorts and socks. We are supplied directly by Adidas and only stock genuine team kit. Whether it is the home or away Man Utd goalkeeper shirt that you are looking for you can find it here in kids and adult sizes, but hurry stock is severely limited to click add to basket before we sell out.

1
per page
Set Descending Direction
70%
OFF

Adidas launch both new home and away goalkeeper kits for Manchester United every season in addition to the outfield strips, if it is these that you are looking for visit our Man Utd football shirts page where you can see all the latest Man Utd goalkeeper, home, away and third jerseys.

The goalkeeper has traditionally had his own design of shirt to ensure that he stands out from the rest of the squad and is easy for the players to pick out. The Man Utd home goalkeeper shirt is generally green in colour, the away is often yellow or black. The popularity of a goalkeeper kit is very much dependent on the skill of the squad’s number 1 and Manchester United have had some of the top goalkeepers in the world on their team sheet over the years. Here are a few of the most notable wearers of the Man Utd goalie kit.

The goalkeeper kit also offers a different style fit to that of the outfield players, as the goalie has a vastly different job to the rest of the team. The Man Utd goalkeeper kit in the past had padding placed at the elbows, however, the modern goalie kit does not have this feature. There is also a rise in short-sleeve goalkeeper jerseys, whereas they used to be exclusively long-sleeve shirts. The Man Utd goalkeeper shirt always has a rounded neckline and offers a relaxed and comfortable fit. Of course, as an official Adidas product the Manchester United goalie kit includes mesh ventilation channels and moisture control design within the fabric.

When you order the Man Utd goalkeeper kit here at Soccer Box you have the option to add official Premier League lettering and/or sleeve patches to your shirt for a small additional fee. Please check all spellings before submitting your order as mistakes cannot be rectified later.

Add your Manchester United goalkeeper shirt, shorts and socks to the cart now. Before you checkout take a look at the Manchester United training wear shop where you can pick up a jacket or track pants that would be perfect to wear alongside the goalie kit on match days to further highlight your allegiance to the Red Devils. Thanks for shopping with Soccer Box, please do sign up to our newsletter to get all the latest information on MUFC kit launches, as well as special offers and discount codes that are exclusive to customers.