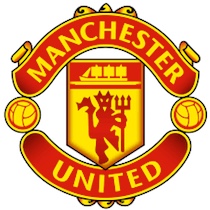 What is the Manchester United 3rd Kit

Many people wonder what the requirement is of a third kit. Some clubs and suppliers actually refer to the third kit as a ‘Cup kit’, this is because primarily the Man Utd 3rd kit is used for away matches in European and Cup tournaments, each third kit is scheduled to be used in a few away league matches each season but it is not their primary function. To uphold the spirit of European and domestic cup competitions you may also notice that the squad have a dedicated training collection to coordinate with the third strip, take a look at the Man Utd training kit that we have available and pick out a jacket and other gear to wear alongside your third jersey.

Of course, the other function of having a third kit is to avoid clashes with opposing teams, and in the case of Manchester United in the 1995/96 season to replace the grey away kit that was scrapped after only five matches due to being ‘bad luck’. Below we are going to highlight some of our favourite Manchester United third shirts from past seasons, find us on social media and let us know which Man Utd 3rd jersey you think was the best.

Bookmark this page and check back regularly to ensure that you can pick up your Manchester United 3rd football kit as soon as a new one is launched. You can also sign up to our newsletter to receive notifications of new kit releases, along with special customer only offers and discount codes.

In both kids and adult sizes the Man Utd 3rd soccer kit is selling fast, so click add to cart and order your shirt, shorts and socks today. You may also be interested in the home and away kit or official Adidas merchandise, take a look at our Man Utd kit shop to see the complete range of Red Devils gear that we have available.

Shopping with Soccer Box is easy and hassle free. Our online payment processor is secure and easy to use or, choose to checkout via Paypal Express for the ultimate convenience. Take a look at our best in category Trustpilot rating and recent customer reviews, and please do consider leaving us a review once receiving delivery of your brand-new Manchester United third kit.