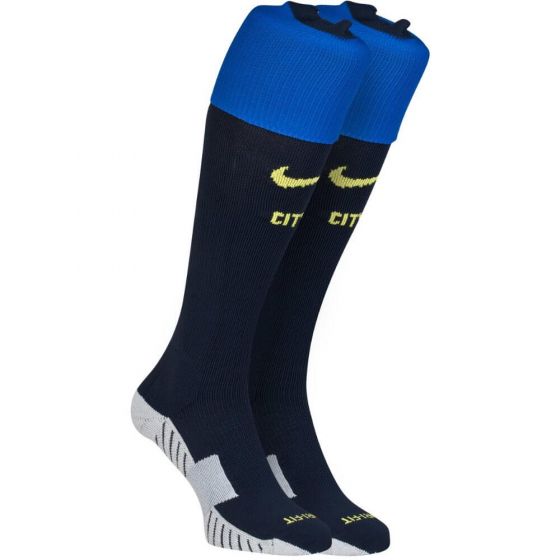 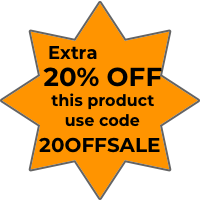 Other Customers Were Interested In
Details
These are the official Manchester City Away Socks 2014 – 2015 which are now available at Soccer Box, along with the official Manchester City away kit
The colors that are featured on these socks are dark blue, light blue and yellow. City away socks are officially supplied by Nike, just like the rest of Manchester City merchandise. The socks include the “Dri-Fit” invention by Nike, enabling you to have a comfortable performance.
Nike swoosh logo is featured on the front of each football sock in yellow with “City” underneath also in yellow. The whole of the Man City away kit is in different shades of blue, with the Nike logo and the sponsorship in yellow.
Manchester City Away Socks Key Features:
• Officially supplied by Nike
• Blue and yellow in color
• Dri-Fit technology
• Nike swoosh on each football sock
• City in yellow
• Padded areas on foot
• Official Man City merchandise
• 100% polyester football socks
• Elasticated folding cuffs
• Designed for the 2014/15 football season
The Dri-Fit is incorporated in the socks as well as the rest of the City football kit. This technology is worked into the fabric and it means that all perspiration from the legs and feet will be absorbed by the socks, leaving you comfortable, happy and irritant free throughout the game and with time, the sweat will then evaporate from the socks, still providing comfort.
Manchester City is a football team based in Manchester. They are a professional football association and participate in the Premier League, which is the highest tier of English football. In 1894 the Manchester City football team was founded, and was originally founded as two other clubs in previous years. The clubs most successful period was in the late 1960’s and early 1970’s with winning a hand full of great achievements from the League Cup to the FA Cup and many other victories.

A recent success of Manchester City is winning yet again the English Premier League in the 2013/14 season.  However, this season so far has been a bit of a rollercoaster for all teams competing in the Premier, but we shall hold on for hopefully yet another great victory from the popular Man City football team.
These Manchester City away football socks also provide great comfort away from the successful Dri-FIT technology with the padding that is supplied on the foot. Having padding on the ball of the foot, the heal and toes will leave you comfortable throughout the game, with especially playing on a hard surface this will help prevent the harsh impact on your feet making your game more enjoyable.
Featured on these Nike socks are an elasticated cuff, allowing you to fold the top of the football socks over. These are adult’s socks are which made out of 100% polyester, leaving them durable, light weight and machine washable.
Complete the Man City look with the official shirt and shorts which are available at Soccer Box at a great price!
Size Chart