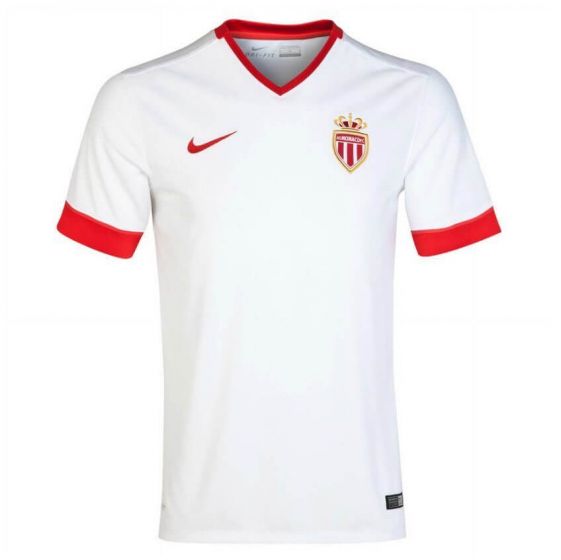 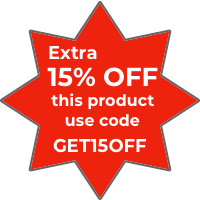 The Monaco Kids (Boys Youth) Third Jersey 2014 – 2015 is this season’s alternative football shirt for AS Monaco FC from Nike. The white and red football shirt is designed to offer a way of avoiding kit clashes with the opposition and match officials, usually away from home.

At Soccer Box we stock only 100% authentic replicas of this traditional looking Monaco third football shirt. We deal with Nike directly to get them, meaning everything is official and licensed and you get a quality bit of kit for your child.

Customers have a range of shipping options available wherever you are in the world. Our service is fast and options are available for tracking and signature delivery. We offer customers based in the UK free shipping on orders of £75 and over, and customers in the USA pay no tax on their orders. The Soccer Box online store is the best place to come for a wide range of top football shirts!

Monaco might be a team from one of the smallest countries in the world but the principality is the most densely populated country too. The tax haven is a picturesque seaside location on the French Riviera for the rich and famous and AS Monaco has never been shy of playing their part. A dominant spell from the 1960s through to the mid-1980s defined the club. A brief slump was halted by Arsène Wenger who continued the club’s tradition of winning until the early 1990s. Financial difficulties saw the club spiral downhill throughout the late 90s and in to the 2000s, but a bailout takeover from Russian billionaire Dmitry Rybolovlev returned the club to Ligue 1 once more, with a stellar squad of players at its disposal worthy of the small province.

The Monaco Kids (Boys Youth) Third Jersey 2014 – 2015 is minimalist in design. A clean white is the primary color, with a bright red trim in the form of the V-neck collar and the chunky short shirt sleeves. The Nike Swoosh and the AS Monaco FC crest are both stitched on to the upper chest of the kids third football shirt but customers should take note that there is NO team sponsorship on the Monaco third shirt. As of release for the first editions of the Monaco home, away, and third kits the club had not reached a sponsorship deal with any suitor. As such the third shirts are plain and without sponsors printing in the center.

The boys third shirt is made from 100% polyester because of the great quality the material offers. It’s both lightweight – which is great for exercise and exertion – and durable, so it won’t fall apart in a football match because of a trip or a pull. If your kids get dirty then it’s okay – the Monaco kids third shirt is safe to machine wash. Nike’s Dri-FIT sweat wicking science is also included in the kids football shirt, removing perspiration by evaporation to keep your child dry and cool and free of irritation.

At Soccer Box we have the new Monaco football shirts for adults and kids; home, away, and third shirts. We also stock the French national side jerseys from the 2014 World Cup and rival Ligue 1 sides including PSG, Lille, Marseille, and many more!